“We have imposed prohibitory orders banning Pravin Togadia’s entry into the town to take care of peace and regulation and order,” Police Commissioner M.I. Reddi stated in a press release.

Pravin Togadia was scheduled to take part in a VHP conference (Hindu Viraat Samavesha) within the metropolis Feb H. 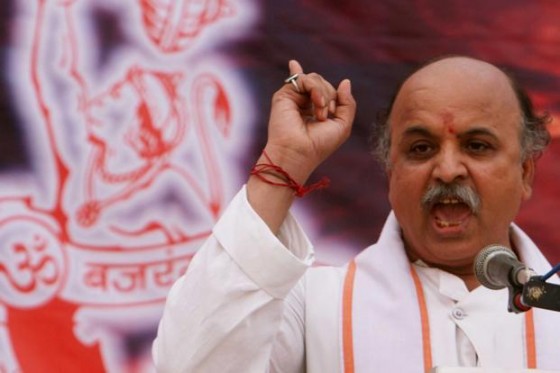 The order banning Pravin Togadia from entering the town and collaborating in public conferences or features for seven days was issued beneath part one hundred forty four(A) of the Criminal Procedure Code.

“As Togadia is habitually and ideologically inclined to provide provocative and inflammatory speeches, such actions could have grave penalties and are more likely to trigger breach of peace, hazard to human life and disturb public tranquility and communal concord within the metropolis,” Reddi noticed.

Hindu outfit Bajrang Dal nevertheless asked the town police to permit Togadia to attend the VHP conference within the metropolis.

‘If police don’t permit Togadia to take part within the conference, we might take our course for his entry into the town for collaborating within the meet,’ Bajrang Dal state convener Suryanarayana informed reporters after assembly Additional Commissioner of Police (Law and Order) Alok Kumar to hunt lifting of the ban order.

Chief minister Siddaramaiah supported the police’s decision. “The government had nothing to do with it. The decision was taken independently by the police. But it was a good decision as Togadia’s previous visits to the State have triggered communal violence. The government is committed to preventing such attempts at polarization,” he said.

Violence had broke out during Pravin Togadia’s last visit to Karnataka on January 17 when he addressed a gathering of 25,000 supporters at Puttur, 60 km Mangaluru. More than 30 people were injured in the violence and property worth several lakh rupees was destroyed.