Washington D. C. – A federal court ruled yesterday that a Sikh college student must be allowed to enroll in Army ROTC without shaving his beard, cutting his hair, or removing his turban. U.S. District Judge Amy Berman Jackson acted in the case of Hofstra University student Iknoor Singh, who had been barred by the U.S. Army from enrolling in the Reserve Officer Training Corps (ROTC) program because of his religious practices. The Reserve Officers’ Training Corps (ROTC) is a college-based program for training commissioned officers of the United States Armed Forces.

The court ruled that the Army’s refusal to allow Mr. Singh to keep his unshorn hair, beard, and turban violated his rights under the Religious Freedom Restoration Act (RFRA), which was designed to protect personal religious expression and practice so long as it does not harm third parties. 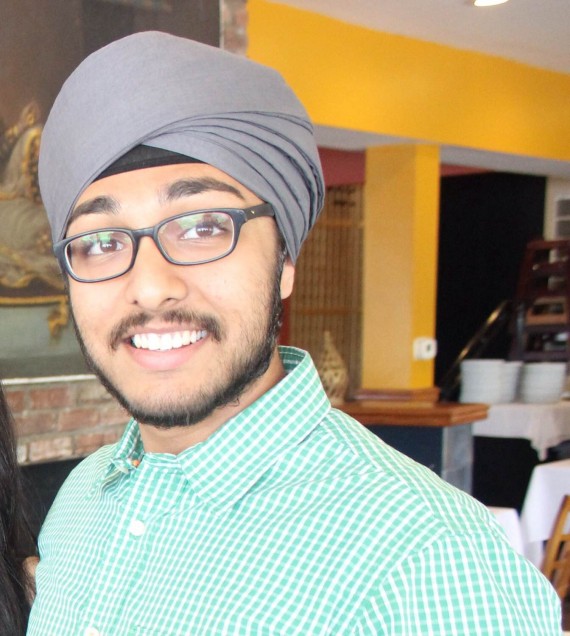 United Sikhs and The American Civil Liberties Union, the ACLU of the Nation’s Capital, brought the lawsuit in November 2014. Today’s ruling means that Mr. Singh will be able to enroll in the ROTC program with a religious accommodation this summer and compete for a contracted ROTC position in the fall.

“I’m very grateful that the freedom of religion our country fought so hard for will allow me to pursue my dream career – serving this country as a military intelligence officer – without violating my faith,” said Iknoor.

We were first approached by seventeen-year-old Sikh youth Iknoor Singh, seeking our legal assistance in the summer of 2013. With Iknoor’s faith in our abilities, we diligently took his case and our attorneys submitted a letter to the Department Chair of ROTC at Hofstra University and a personal request letter was sent by Iknoor Singh to the Deputy Chief of Staff G-1 in Washington D.C. Thereafter, we joined efforts with the ACLU and together we diligently brought one of the first lawsuits filed by a Sikh against the U.S. Army.

This decision permits Iknoor to equally and fairly compete for a contracted position in the ROTC while maintaining his turban and beard, a tremendous victory for the Sikh community. It adds one more Sikh to the very short list of Sikhs in uniform in the United States.

Manmeet Singh, United Sikhs counsel and Director at the Law Offices of Manmeet Singh in Forest Hills, New York said “Ever since the army grooming regulations were changed back in 1981, it’s for the very first time that a court of law has granted relief to a Sikh on this issue. This makes the victory historical, something to be remembered by the future generation of Sikhs, and derive inspiration from.”

“We are pleased that the court has recognized that Iknoor should have the opportunity to join the tens of thousands of Sikhs who have served in military forces around the world without having to choose between his faith and serving his country,” said Anisha Singh, counsel for United Sikhs.

Army officials argued that Mr. Singh’s articles of faith (his beard, long hair, and turban) would undermine unit cohesion, discipline, readiness, and health and safety. However, the court pointed out that the Army has previously accommodated Sikhs and has allowed hundreds of thousands of exemptions to its grooming and uniform rules, including more than 100,000 exceptions for medically necessary beards. These practices have not caused any harm to the Army’s mission.

“When held up to the light, the Army’s reasons for denying Mr. Singh’s religious accommodation crumbled,” said Heather Weaver, Senior Staff Attorney in the ACLU’s Program on the Freedom of Religion and Belief. “Because the evidence showed that no harm would come to the Army or third parties from accommodating Mr. Singh, rejecting his request was a clear violation of RFRA.”

Arthur Spitzer, Legal Director of the ACLU of the Nation’s Capital, added, “Even the Army must respect religious freedom where, as in this case, doing so would not interfere with its mission.”

Minority faith members and Sikhs, in particular, have had difficulty obtaining religious accommodations that will allow them to serve.