New York: As per the media reports emanating from New York (USA) a local Sikh politician named Ravinder Singh Bhalla has been elected first ever Sikh mayor of New Jersey’s Hoboken city after a stiff competition.

It is said that Ravinder Singh Bhalla  was endorsed by current Mayor Dawn Zimmer, who in a surprising decision announced not to run for re-election in June. He is the first Sikh to hold elected office in New Jersey. 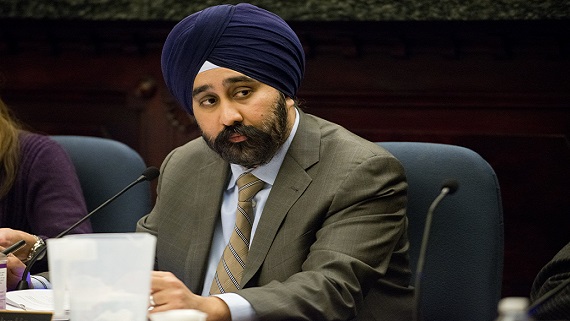 Ravinder Bhalla who has been on the city council for more than seven years, claimed the victory at Moran’s Pub on Garden Street yesterday with dozens of his supporters, as well as his friends and family, reads a quote from report published on the official website of a local media outlet named NJ.Com.

“Thank you Hoboken. I look forward to being your Mayor!,” Ravinder Bhalla reportedly tweeted.

“We’ve been through a bruising campaign… But now is the time we come together and see who we can work with to bring this city forward,” Ravinder Singh Bhalla said.