Ludhiana: Elderly Sikh activist Bapu Surat Singh Khalsa, who is on ‘hunger-strike’ since January 16, said that in case of his death, the Punjab Chief Minister Parkash Singh Badal should be held responsible.

Sources said that Bapu Surat Singh Khalsa’s condition turned serious on July 01 and he turned unconscious around 1 pm. After some time when he regained consciousness, he said that the Punjab government led by CM Parkash Singh Badal was not taking his hunger strike seriously. He said that his struggle will clear doubts of the government. 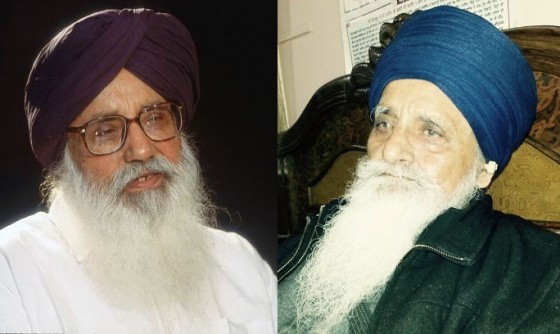 Bapu Surat Singh said that after his death, Punjab CM Parkash Singh Badal should be held responsible for his death, as the Punjab government has failed to do the needful to secure release of Sikh political prisoners languishing in various jails in Indian subcontinent even after completing their mandatory jail terms.

He said that he will make some important announcement on 6 July and appealed to the Sikh sangat to attend ‘panthic gathering’ of 6 July.