Chandigarh: Pro freedom body Dal khalsa today reiterated that all New Delhi based parties and their agents working in the state are fully responsible for the continued loot of state’s more than 55 percent of river waters and draining of state’s economy and the AAP was going to be no exception.

As per the media reports Party spokesman Kanwar Pal Singh said “from SAD to Congress to AAP all were playing cheap politics on Punjab’s water-sharing issue and added that all their hyperbolical claims were nothing but vote-catching gimmicks”. 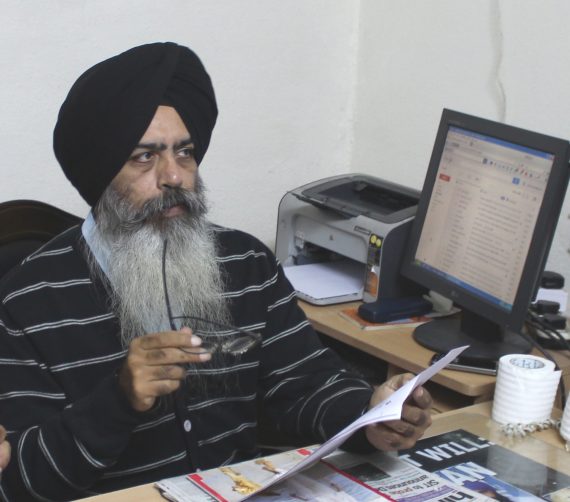 He further added that “Sukhbir Badal, Amrinder Singh and Arvind Kejriwal were neither sincere nor serious to protect the interests and resources of Punjab. Ironically, three were sincere and serious to get the chair of chief minister only to enjoy the privilege, pelf and power”, he observed.

Terming it a self-contradictory statements, he said in Ludhiana Kejriwal promised that AAP would not allow waters of Punjab to go outside and in Majitha he said that “everyone has right” on the Punjab’s water.

Furthermore he stated Kejriwal has joined the list of politicians infamous for somersaults and opportunitism. He asked the Delhi chief minister to first show his sincerity and pay royalty to Punjab as Delhi was getting 0.2 MAF waters from state’s rivers.  “AAP claims to be a party that’s not corrupt. It’s vying for political power in Punjab. Let Kejriwal to set the precedent and pay the cost for using state’s waters”, said he.

While criticizing the the Akali government, he said there was no follow-up to get the assembly resolution that sought the cost of waters from non-riparian states implemented. We are pretty clear from the day first that unless (Punjab) government issues ultimatum to non-riparian states for repaying the cost within a specific time frame, all its moves would end in futility.

He said without an action plan to stop the flow of waters to Rajasthan and other non-riparian states, the crisis would never be resolved.