Justice T. P. Garg questioned Ram Bhaj about the aftermath of the Hondh Chillar Massacre that when he (Ram Bhaj) reached on the spot, how the dead bodies of Sikhs were cremated, why no prior protection was provided at Hondh Chillar village and why there was no investigation in to the case? 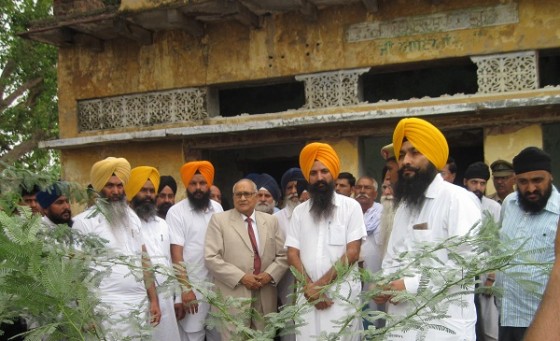 While answering the queries posed by Justice T. P. Garg, former DSP Ram Bhaj said that there were six-seven police stations under his jurisdiction and the situation was serious all over. He said that he came to know about the Hondh Chillar massacre only on Novmber 03, 1984. He said that he accompanied higher officials to the Hondh Chillar village on Nov. 03 and the dead bodies of Sikhs were cremated under the orders of the then deputy commissioner S. C. Chaudhari. He said that he was transferred to some other place two weeks after the incident therefore he does not know anything about the investigations.

It is notable that the term of Garg Commission has already expired. Justice T. P. Garg said that he was still waiting for extension of Commission term so that he could complete the probe. He said that the commission had decided to continue with the hearing with a hope that the requested extension would be granted soon.

Hondh Chillar massacre was part of the Sikh Genocide 1984 in which a small Sikh village named Hondh Chillar (near Rewari) in Haryana was completely destroyed. 32 Sikhs, which formed the half Sikh population of this village, were killed on November 02, 1984 while survivors were permanently displaced.

The massacres remained hidden for almost 25 years and it came into light only when a Sikh engineer discovered the remains of Hondh Chillar village.

Under pressure from various Sikh circles the Haryana government appointed a single commission comprising Former Justice T. P. Garg, in March 2011. The commission was to submit it’s report within 6 months. But the commission did not conclude it’s proceedings with in granted time and asked for extensions from time to time. The validity of Commission was extended 5 times; each time for 6 months.

Hondh Chillar massacre coordination committee has slammed the Indian authorities for denying justice to the victims and survivors of the Hondh Chillar Massacre.

It is notable that Sikhs were subjected to genocidal massacres throughout India during November 1984. The Sikh Genocide 1984 was perpetrated and carried by high ups in Congress party as well as the Indian state and administration. During past 30 years were marred by blind-fold impunity and the perpetrators of the genocide were awarded high political posts in India.