Nankana Sahib Incident: Dal Khalsa Urges PM Imran Khan to ‘Clear the Air and Nip the Evil in the Bud’ 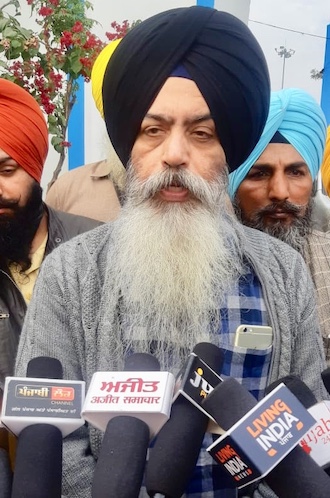 Party Spokesperson Kanwar Pal Singh, in his reaction to the development said that one insane person spewing venom against Sikh religion should not become a reason for hindrance in the cementing of Sikh-Muslim brotherhood.

“Imran Khan is sensible and an upright politician who has shown exemplary courage to fulfill the long desire of Sikhs by building Kartarpur corridor”. KANWAR Pal Singh urged Mr Khan to issue official statement to clear the air and nip the evil in the bud.

What has been done by the rabidly hateful mob was unacceptable and intolerable, said he.

The root cause of the problem was the enmity between two families after the Muslim boy was accused of forcibly marrying a Sikh girl. This insane person belonging to boys family should have restricted his anger and hatred towards particular family, and not against the entire Sikh community and faith.

Urging the Sikh leadership to not exaggerate the situation, he said we must be wise to differentiate the acts of government of Pakistan and a communal individual of that country.

He said the anti-Sikh lobby in Indian government and media wasted no time to flare up the incident to create communal divide between Sikhs and Muslims.

We are witness to a small section of Muslims in Pakistan who are nurturing bitter memories of 1947 partition. They were doing disservice to their Muslim brethren in India by airing such nasty and hateful views in public especially at a time when Sikhs, Kashmiris and Muslims were facing state onslaughts from a common oppressor (read New Delhi).