The movie starring Abhishek Bachchan has highly objectionable scenes hurting the Sikh feelings. Director Anurag Kashyap is know for attempting to tear down the ethos and tenets of faith under the grab of presenting the modernity through its movies.

It is notable that the Sikh groups have been objecting to the movie as its trailed showed some scenes that were considered objectionable by Sikhs at large. 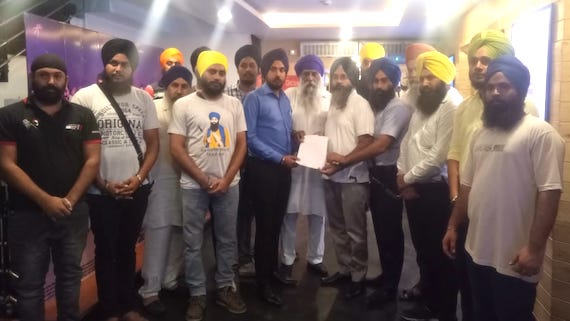 In Punjab the Sikh Youth of Punjab (SYP) was raising objections demanding ban on the screening of this film.

In a written communique Sikh Youth of Punjab president Paramjit Singh Mand told Sikh Siyasat News (SSN) that cinema halls in Hoshiarpur have agreed to stop the screening of the movie and remove its posters from Wednesday. He appealed to Sikh activists groups to press their local cinema managements to step the screening of the controversial movie.