How India failed its own Constitution in Kashmir 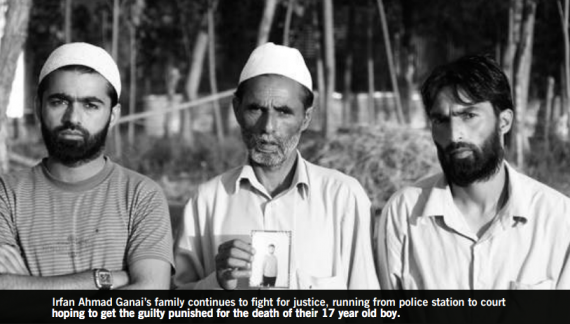 “5 July 2015 will mark 25 years since the AFSPA in effect came into force in Jammu and Kashmir. Till now, not a single member of the security forces deployed in the state has been tried for human rights violations in a civilian court. This lack of accountability has in turn facilitated other serious abuses,” said Minar Pimple, Senior Director of Global Operations at Amnesty International.

The report reveals that the central government has denied permission, or ‘sanction’, to prosecute under section 7 of the AFSPA in every case brought against members of the army or paramilitary, or in a small number of cases, has kept the decision pending for years. It also documents a lack of transparency in the sanction process.

“By not addressing human rights violations committed by security force personnel in the name of national security, India has not only failed to uphold its international obligations, but has also failed its own Constitution,” said Minar Pimple.

Not a single family interviewed for the report had been informed by the authorities of the status or outcome of a sanction request in relation to their case. Impunity only breeds further violence and alienation, making it more difficult to combat abuses by armed groups.

The AFSPA should not be used to shield soldiers from prosecution any more. By bringing alleged perpetrators to justice, the Indian government can send a clear signal that nobody is above the law, and that every person’s right to equality and justice will be respected and protected.