HS Phoolka resigns from all post of Aam Aadmi Party

New Delhi/ Ludhiana: Senior lawyer and Aam Aadmi Party (AAP) leader HS Phoolka has reportedly resigned from all posts of the party. Phoolka has said that he was not able give time to party due to his engagements in cases related to November 1984 Sikh massacre. He said that he has resigned from the post because be want to devote his time to cases against Sajjan Kumar and other persons accused in November 1984 Sikh massacre related cases. 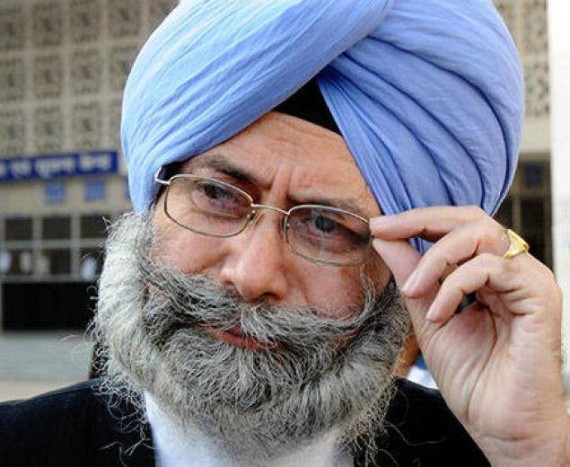 Political analysts, however, say that HS Phoolka was almost sidelined from the Aam Aadmi Party’s Punjab unit and his resignation could have that consideration also.

An open letter issued by HS Phoolka announcing his resignation reads as follows:

I have always held the firm belief that every person should espouse a social cause and take it to a logical end. With this principle in mind, I took up the cause of securing justice for the victims of the Genocide of 1984 in Delhi and other parts of the country. I started doing their cases in 1984 as a young lawyer and am continuing to do these cases till today. It is extremely unfortunate that despite the passage of over three decades, even today we are fighting for the same thing we have been fighting for since 1984, i.e. to bring the real culprits to book, however the fact remains that despite clear evidence of government complicity and the clear role of politicians such as Jagdish Tytler and Sajjan Kumar, the system has failed its citizens, and not one politician has been punished till date.

Now, the cases of Sajjan Kumar and Jagdish Tyler are at a very crucial juncture. These matters are on trial and evidence of witnesses is being recorded. There is a conspiracy to shield them at the highest level. I feel at this critical stage, these cases and this issue needs my undivided attention.

In Punjab politics, people are fed up of the Akali’s and the Congress alike. Both their eras have virtually destroyed Punjab and the people of Punjab can see that now. They have been earning for an alternative since long. That option has been provided to them in the form of an honest party, Aam Aadmi Party. During the Lok Sabha Elections when AAP reached Punjab, I myself joined the party. Due to the hard work and dedication of all the volunteers of AAP in Punjab, today the party has established itself and is on the top. Now it appears that the victory of AAP in the 2017 elections is inevitable.

After joining the party, I was assigned immense responsibilities and given party posts as well, for which I am honoured. However, as much as an inherent part as I am of AAP, my dedication to the cause of 1984 remains unaltered. At this stage, where I feel I am needed more for these cases, I must not hesitate to take a step back from everything else and give the cause my undivided attention. The cases of the genocide of 1984 have down the years become synonymous with me and the reality is that if I do not give them all my time and attention they are likely to be adversely affected, whereas AAP has managed to find its foothold in Punjab. Besides, I firmly believe that I will never allow anything at all to remotely jeopardize or adversely affect my dedication and sincerity towards the cause of 1984.

Justice for 1984 is a historic issue and one of gross injustice to thousands of people. Generations have been destroyed due to its aftermath. I feel that I need to give it my complete attention, for it remains a blot on Rule of law in India and the victims are unable to get closure due to the non addressal of their grievances and no punishment to the guilty. After detailed discussions with Kejriwal ji and with his approval, it has been decided collectively that I quit active politics and resign from party posts, to enable myself to entirely devote myself for getting justice for the victims and punishment for the culprits such as Sajjan Kumar and Jagdish Tytler.

It has been 31 years we have been crying for justice. Justice is the victim’s right and the duty of the Government and the Judiciary. A stage has come where we need to scream out to the deaf ears of the establishment to realize their duty and stop treating this issue as if it is charity. A detailed plan is being chalked out for this purpose.

We appeal to all Punjabis and Indians in America and Canada that on 25th September 2015 when the Prime Minister of India attends the UN Assembly in New York, to gather there in large numbers to convey a loud and clear message to the Indian Prime Minister and World Leaders and Members of UNO that we will not forget about the Genocide of November 1984, no matter how many years pass by, till the culprits are punished. While the UN talks about justice to the victims of other genocides, they need to remember the injustice being meted out to us. Hence we appeal to all the organizations to put aside any internal disagreements for this common goal and purpose and gather outside the UN headquarters on 25th