Haryana: Sikh organisations have again started their protests against the forthcoming release of Dera Sacha Sauda chief Gurmeet Ram Rahim’s film, MSG: Messenger of God, and have announced to again move the High Court, which had refused to stay the release, to reconsider its decision. 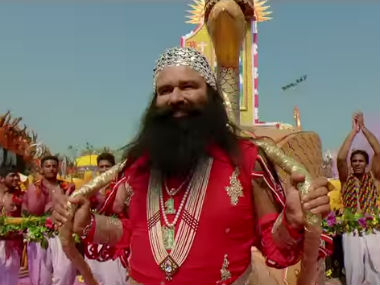 Following a meeting, he said he does not agree with the decision to allow the screening of the film. The Committee also submitted a memorandum to the Sub Divisional Magistrate address to the Chief Minister which demanded that the release of the film in Haryana be banned.

He charged that the politicians and the judiciary give consideration to who a matter pertained to.

Jagdish Singh Jhinda said the HSGPC would also convene a meeting here at Kisan Bhawan on February 8 in which the future course of action would be decided.

He said if the Committee would not decide to go to court against seeking a ban on the movie then he himself would approach court for a ban.

In January too, HSGPC had organised protests in different parts of Haryana to protest the proposed screening of the movie. Punjab Government has already banned the release of the film in the State.