Chandigarh: Former Punjab DGP (Prisons) Shashi Kant yesterday maintained an infamous Punjab cop, who was responsible for committing “endless” atrocities on civilian Sikh population in Punjab during the days of militancy, was alive and living abroad. He said that the police officer was said to have committed suicide but he is still alive and living in Canada.

Shashi Kant said this while speaking at conference organised by the Sikhs for Human Rights (SFHR) and Sikh Youth of Punjab (SYP) in Chandigarh yesterday on the eve of World Human Rights Day. 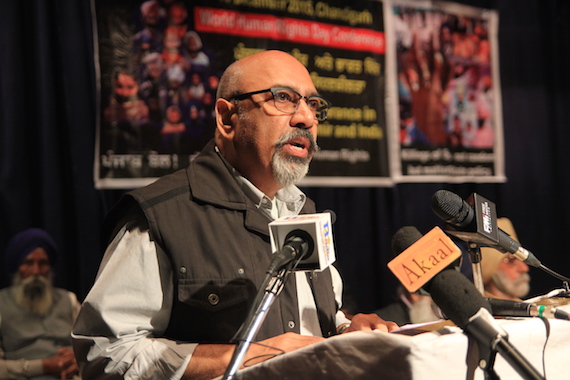 Shashi Kant, however, did not disclose name of the cop but said that the concerned officer had committed endless atrocities and killed many people during the militancy period.

“He later faked his suicide and moved to Canada where he is leading a conformable life. Certain government and security officials and even those who prepared his medical record after his ‘death’ had played role in his escape”, said former DGP (Prisons).

He said that he was made aware of this fact by his sources settled in Canada. Though the controversy as to whether the officer is dead or alive is not new, it is for the first time that a retired DGP-level police officer has made such revelation.