While linking up the issue of Punjab’s water crisis with ‘human rights’, the discussion was held on the topic of “Water Crises of Punjab & Solution”. 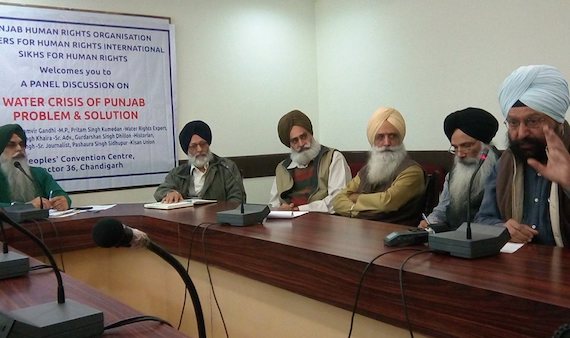 A view of discussion held by LFHRI, PHRO and SFHR on Punjab Water Crisis on December 10 at Chandigarh

Historian Dr. Gurdarshan Singh Dhillon said that the history of exploitation of Punjab’s river waters reveals that both the Congress and the Shiromani Akali Dal (Badal) are equally responsible for the loot of Punjab’s natural resources i.e. river waters. He maintained that the position of new parties like the Aam Aadmi Party (AAP) and Apna Punjab Party (APP) was no different than that of traditional parties. 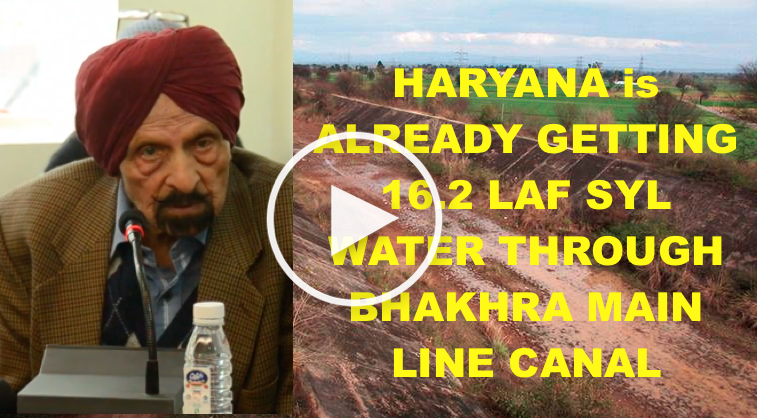 While referring to the section 78, 79 and 80 of the Punjab Reorganisation Act, 1966 Dr. Gurdarshan Singh Dhillon said that no other state in India was subjected to such a situation where the constitutional and legal rights of a state are so blatantly violation. He said that unlike the present Chief Minister of Karnataka the political leaders of Punjab lacks guts to take a strong political stand on the issue of Punjab waters.

Journalist Jagtar Singh said if the Congress party committed excesses against Punjab the Shiromani Akali Dal (SAD) has betrayed the people of Punjab on this issue. He suggested that the use of advance drip irrigation can be a practical solution of contemporary water crises of Punjab.

During the concluding session of the event the present dignitaries invited to present their suggestions on the issue. The organizers also promised to take up followup session on this issue.