Faridkot: Rupinder Singh Panjgarain, who has been framed by the Punjab police along with his brother Jaswinder Singh in a case related to beadbi of Guru Granth Sahib at Bargari village (near Baghapurana, Kotkapura), was today presented before the court of CJM, Faridkot. Rupinder Singh was brought to the court on a stretcher as he had sustained back injury in October 14 police action against the Sikh Sangat in Kotkapura.

Amidst tight security arrangements, some journalists were able to briefly talk to Rupinder Singh. When journalists asked him about his health condition he said that he prays for Charhdikala (high-spirits) of the Sikh Panth.

On a specific question about allegations against him and his brother, he said that they were completely innocent. 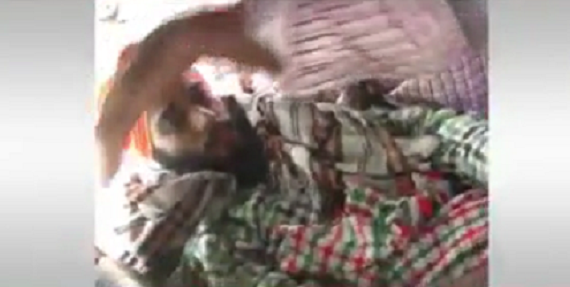