I saved Hindus in Punjab, so reinstate me in police: Cat Gurmeet Pinky to Rajnath, RSS leaders

Gurmeet Pinky reportedly argued that ‘he was one of those who risked their life during 1980s-90s in Punjab to save Hindus. 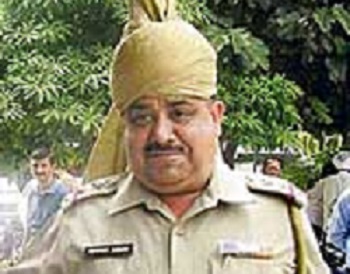 The Tribune quotes undisclosed but (so proclaimed) reliable sources to report that Pinky’s case was being studied.

Within 24 hours of the withdrawal of his reinstatement orders, Gurmeet Pinki has reportedly chosen to knock the doors of BJP leaders in New Delhi than meet senior police officials in Chandigarh or the ruling Badal Dal’s leadership, especially Home Minister Sukhbir Badal who supervises the functioning of the police department.

In usual circumstances, Gurmeet Pinki was supposed to appeal to an ADGP or a higher rank official against withdrawal of his reinstatement, notes The Tribune (TT).

A state BJP leader reportedly accompanied Pinki to the office of the Home Minister and other leaders.

The Tribune quotes a BJP MP (name not disclosed by the newspaper) saying that: “Pinki pleaded his case saying he was being victimised. I will study it and comment later.”

Gurmeet Pinky has reportedly sought the help of BJP leaders after some police officers who supported him in the past have reportedly cold-shouldered him.

Police atrocities and Crimes against Humanity in Punjab