I would prefer to die as a rebel of India: Manmohan Singh Khalsa’s reaction on shunting of socalled Black List

London: Dal Khalsa UK leader Bhai Manmohan Singh (UK) has declared that he would not return to Punjab in any facilitation by the Indian state and would prefer to die as a “rebel of India”. 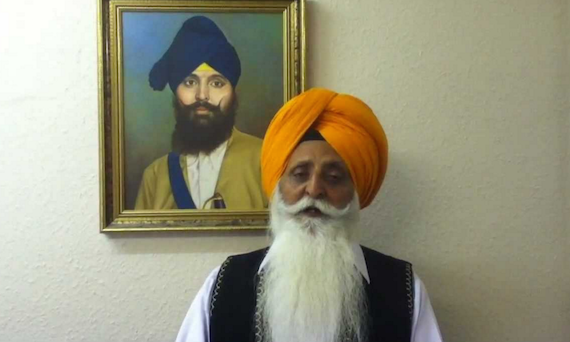 Bhai Manmohan Singh said that he had left his home in 1980 to pursue struggle of the Sikh homeland “Khalistan” and the struggle brought him to foreign land. He termed the news reports about shunting of the names of Khalistanis from the so-called blacklist as a deceitful trap.

Dal Khalsa UK leader said that he was still committed to the agenda of the Khalistan. He said that the Indian state had added the names of Sikhs in this so-called blacklist at its own convenience and now its playing out another drama to remove certain names from the blacklist.

He announced to reject such an “illegal list” which aims at violating basic human rights of a person.

He said that he would return to Punjab only after the success of the struggle when the Sikh nation would gain independence from the Indian state and if this does not happen, he would prefer to die as a rebel of India.