Chandigarh: In a press statement issued by the Punjab Chief Minister Office (CMO) it is said that “[a]fter a brief hiatus into which he was forced by the Election Commission order shifting him out, IG Kunwar Vijay Pratap Singh is back to take forward the SIT probe into the sacrilege cases and the unprovoked incidents of sacrilege & police firing that had rocked Punjab under the SAD-BJP regime”.

As per the release: “Chief Minister Captain Amarinder Singh, who also heads the Home Department, had, during his election campaign, categorically announced that IG Kunwar Pratap would be back to complete and take the SIT investigations to their logical conclusion the day after the election code of conduct is lifted. It may be noted that the code of conduct formally ended on Sunday evening”. 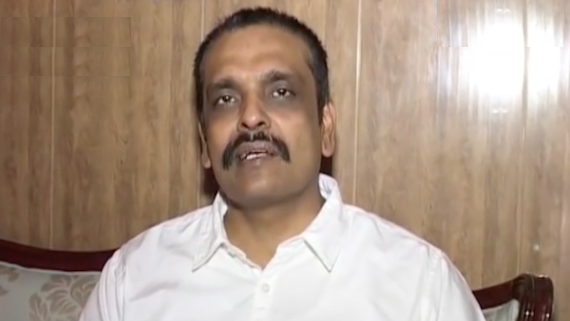 “The IG had been posted to Counter Intelligence after he was shifted out of OCCU on EC orders for alleged violation of the model of code conduct, a charge which even the Chief Minister had stated as incorrect. He was also the victim of abusive threats from SAD leader Bikram Majithia during the course of election campaigning, resulting in a case of intimidation and defamation being filed by the Punjab Government”, it reads further.

The press statement further states: “Kumwar Vijay Pratap Singh was an active part of the SIT investigations into the Bargari & other sacrilege incidents, and the subsequent Behbal Kalan and Kotkapura firing, when he was shunted out by EC orders. Captain Amarinder had alleged the orders were issued at the behest of the ruling BJP – an ally of the Shiromani Akali Dal (SAD), whose top leaders, including the Badals, have figured in the investigations so far. The Ranjit Singh Commission, set up by the Captain Amarinder government to probe the cases, had suggested further investigation into the role of the Badals, which the SIT was further probing”.

“Captain Amarinder Singh has repeatedly maintained that the firing on peaceful protestors could not have been possible without the knowledge of then Chief Minister Prakash Singh Badal and then Deputy CM Sukhbir Badal, who also held the Home portfolio. The Chief Minister has promised stringent action, as per the law, against those found culpable by the SIT”, it reads.