Chandigarh: The Punjab government has reportedly placed Punjab police Inspector General (IG) Paramraj Umranangal under suspension in wake of his arrest by the Special Investigation Team (SIT) formed to investigate Saka Kotkaura and Saka Behbal Kalan of 2015. The move was taken 9 days after Paramraj Umranangal’s arrest.

Notably, the Punjab government was under criticism for not suspending IG Umranangal despite his arrest. Sikh group Dal Khalsa had accused the Amarinder Singh government for going soft to accused police officials– especially Paramraj Umranangal and former DGP Sumedh Saini. 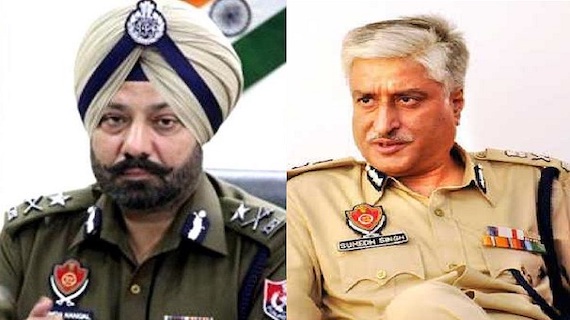 The order of Paramraj Umranangal’s suspension was issued by Additional Chief Secretary, Home Affairs and Justice. The order dated February 27, say the action has been taken since the IGP has been in official custody on criminal charges for more than 48 hours. As per rule 3(2) of the All-India Services (Discipline and Appeals) Rules, an official in custody for more than 48 hours is deemed suspended.

Notably, Paramraj Umranangal was arrested on February 18 for his alleged role in the Behbal Kalan and Kotkapura police firing on October 14, 2015, in which two Sikh youths were killed. He is now lodged in Central Jail, Patiala where is reportedly being given security and special treatment.