Illinois: After complaints from Sikh groups, the state of Illinois is reportedly telling DMV workers that anyone wearing a religious head covering doesn’t have to take it off for a driver’s license or photo ID.

As per media reports Illinois Secretary of State’s office will begin mailing fliers reminding Department of Motor Vehicle employees that “articles of faith” are legally permissible.

The Sikh American Legal Defense and Education Fund had brought up the issue last year.

“We had been getting complaints from around the states from Sikh Americans who were being asked to remove or modify their turbans to get their photo ID,” said Jasjit Singh, executive director of SALDEF. 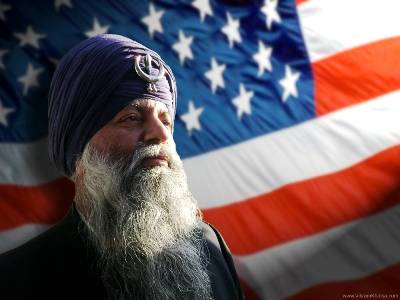 “A driver’s license or photo identification card is a basic need in today’s society. We commend Secretary (of State, Jesse) White and the department for addressing this problem and publishing a valuable resource for all residents of Illinois.”, he added.

It’s illegal to ask people to remove their head covering and the fliers will be a reminder for state employees to respect religious diversity, a spokesperson for Illinois Secretary of State Jesse White tells Fusion.

The International Business Times reports there are a half-million Sikhs living in the United States.