Islamabad: Pakistan’s cricketer turned politician and chief of Pakistan Tareek-e-Insaf party here on Tuesday while expressing shock over the exclusion of the Sikhs from Pakistan’s population census, while taking to his twitter account has urged the  government  for rectifying the “mistake”.

The issue cropped up last week on Friday (17th March) when the provincial government in the Kyber-Pakhtun agency of Pakistan deliberately excluded Sikhs from its form to be used for population census. 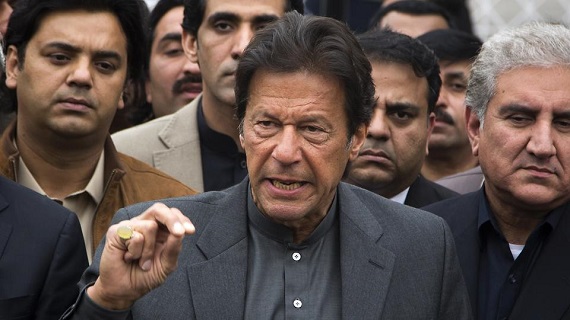 “Shocking to know that the Sikh religion has not been included in the religion column of the census forms. This omission must be rectified,” reads the Pakistan Tehreek-e-Insaf (PTI) chief  tweet.

“Every other religion is mentioned in census except Sikhism, which is being recognised across the world,” Khyber Pakhtunkhwa Minority’s Alliance president Radesh Singh was quoted as saying by the local vernacular.

“But sadly our federal government has forgotten this community in the most significant country wide event that can change the fate of every Pakistani,” Radesh Singh further stated.

It is alleged by the local Sikhs  that all this is a part of some larger conspiracy to create rift between the Sikhs and Pakistan.

After the gap of almost two decade that the government has launched countrywide census amidst the fear of security, It is debated by the local Sikhs that “If the government does not include Sikhs in the census, how will it know about the number of Sikhs living in the country?”