In the last few days the Sikh Federation (UK) has considerably increased political pressure on UK-wide politicians on the need to include a Sikh ethnic tick box in the Census 2021.

Cabinet Office and Scottish Ministers are either already facing ongoing court action or may soon find themselves having to justify decisions in court.

Legal action will almost certainly delay the timing of the Census that is planned for 21 March 2021 and this will unnecessarily increase costs.

It is estimated the costs of the Census 2021 in England and Wales will top £900m – nearly double the figure for 2011 and the UK-wide costs will be close to £1bn.

In the last 20 years the Sikh Federation (UK) has established itself for its political lobbying and is confident that Sikh constituents will have written to over 250 MPs before they return to Westminster on Monday after a short recess. 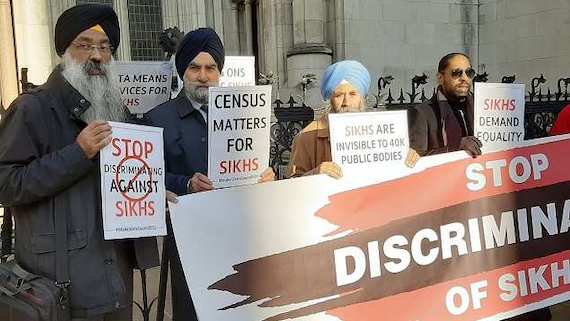 In the last 72-hours over 150 MPs have been confirmed as having been sent letters. MPs have been asked to write to the Cabinet Office Minister, Chloe Smith to urge her to include a Sikh ethnic tick box in the Census Order before it is laid in Parliament.

The letters state: “The Minister needs to take due regard not only of the legal challenge and delay to the Census, but also recognise the Census categories and how they are used by public bodies”.

The Sikh Federation (UK) has made clear to the Cabinet Office and Scottish Ministers that the census categories are continuing to promote institutional discrimination by public bodies against the Sikh community.

The letter to MPs states if Sikhs are denied a Sikh ethnic tick box response option, there is a real risk the courts will not only decide the Cabinet Office have acted unlawfully as regards Sikhs, but this will also result in the Census being delayed resulting in significant additional and unnecessary costs.

A detailed briefing from the APPG for British Sikhs makes it clear that UK law recognises Sikhs as an ethnic group and a Sikh tick box in the voluntary religion question is inadequate to accurately determine the number and distribution of the Sikh population and address proper monitoring of Sikhs by public bodies for equality purposes. The briefing also includes evidence of widespread support for a Sikh ethnic tick box response option.

In Scotland political pressure has also escalated regarding a Sikh ethnic tick box since the Census Order was laid in the Scottish Parliament on 23 January 2020. At a hearing on 30 January 2020 to consider the Census Order the Culture, Tourism, Europe and External Affairs Committee challenged the Cabinet Secretary Fiona Hyslop.

Two prominent articles have appeared in The Times with the headlines Sikhs threaten legal action over census that omits their ethnicity and Sikh Federation ramps up pressure over census recognition.

Earlier this week representatives from the Sikh Federation (UK) and Sikhs in Scotland met the Cabinet Secretary, Fiona Hyslop to explain why the Census Order currently before the Scottish Parliament fails to adequately cater for the minority Sikh community in Scotland.

It was explained that without a Sikh ethnic tick box response option in the Census 2021 Sikhs in Scotland would continue to not be properly monitored by public bodies and continue to face discrimination in terms of the fair allocation of resources and provision of public services.

The Sikh Federation (UK) and Sikhs in Scotland have sent a joint letter to the Committee Chair, Joan McAlpine MSP that is set to meet on 27 February for a crunch hearing to vote to back the Census Order.

The letter to the Committee Chair points out representatives from the Sikh Federation (UK) and Sikhs in Scotland have also met Aiden O’Neil QC of Ampersand Advocates and Sindi Mules of Balfour and Mason to consider legal options.

The joint letter states: “A legal challenge would as it has in England and Wales significantly disrupt the timing and unnecessarily add to the cost of the Census in Scotland. It is our preference to reach a political resolution and it is our view that this can only be achieved if the Census Order is withdrawn and a Sikh ethnic tick box response option added before the Census Order is re-presented to the Scottish Parliament.” 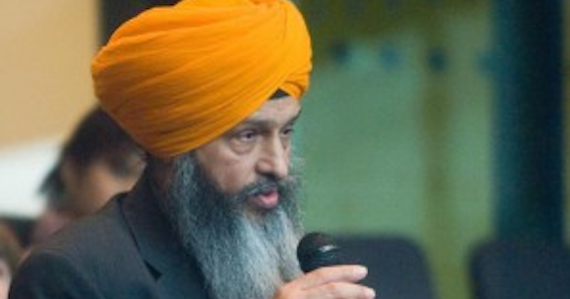 Bhai Amrik Singh, the Chair of the Sikh Federation (UK) said: “It is clear the Census Order before the Scottish Parliament can be challenged based on protection from discrimination as Sikhs are a legally recognised ethnic group. We are confident the Census Order currently before the Scottish Parliament can be declared invalid.”

“For England and Wales where we began the legal challenge last May we await a decision on a hearing from the Court of Appeal that should come next week.”

“Ministers north and south of the border face decision time and need to show courage. In our view and based on the evidence available and support we have including a Sikh ethnic tick box option in the Census 2021 should be a no-brainer for politicians.”