Srinagar/ Chandigarh: The Indian state has reportedly banned Jammu and Kashmir Liberation Front (JKLF). The pro-freedom Kashmiri organisation was led by Yasin Malik, who is under arrest and at present lodged in Jammu’s Kot Balwal jail. 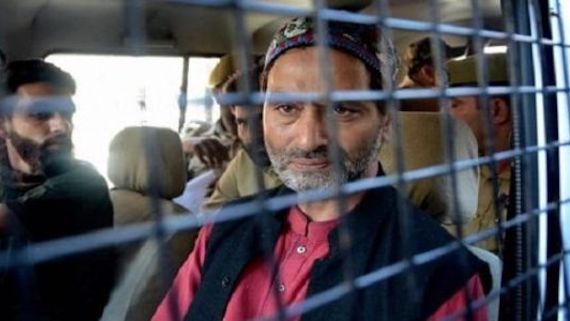 Yasin Malik is presently under arrest. The Indian government has announced to ban JKLF

Media reports say that the JKLF has been banned under various provisions of the Unlawful Activities (Prevention) Act.