Chandigarh: Amnesty India has called upon on the Maharashtra government to conduct a thorough and impartial investigation into activist, Arun Ferreira’s claims that he was beaten by the Maharashtra police in custody, on 4 November.

“Arun Ferreira’s submission before a Pune court that he was hit on his face repeatedly by the Assistant Commissioner of Police (ACP) Shivaji Pawar on 4 November is alarming. This raises serious questions about the government’s treatment of human rights defenders. The authorities must conduct a prompt, thorough and impartial investigation into his allegations,” said Asmita Basu, Programmes Director at Amnesty India.

Speaking to Amnesty India, Sidharth Patil, Arun Ferreira’s lawyer said “Arun was repeatedly hit on his face by the police in custody. He was admitted to a local hospital soon after and his injuries were recorded in the medical report. The report has been submitted to the court. Arun is recovering and his family met him in jail yesterday”. 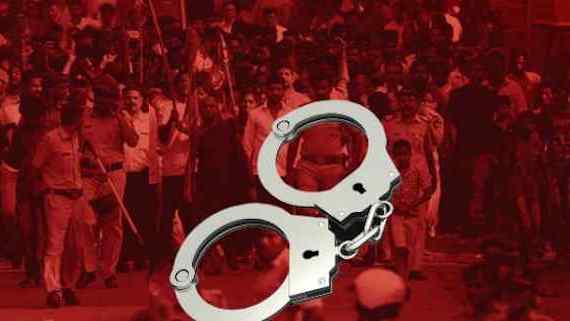 In a series of brutal crackdowns on human rights defenders in the country, the Maharashtra police on 6 June, arrested activists Surendra Gadling, Rona Wilson, Sudhir Dhawale, Shoma Sen, and Mahesh Raut. On 28 August, Maharashtra police again arrested activists from across the country like Sudha Bharadwaj, Gautam Navlakha, Vernon Gonsalves, Arun Ferreira, and Varavara Rao, and raided the homes of several others.

Authorities alleged that all ten human rights defenders and activists who were arrested had incited Dalits, at a large public rally on 31 December 2017, leading to violent clashes the next day in which one person died and several were injured. Hundreds of Dalits had gathered in Bhima Koregaon in Maharashtra on 1 January to commemorate a 200-year-old battle in which Dalit soldiers of the British army defeated the ruling Peshwas.

While hearing a case on 29 August, seeking the release of the five activists detained in August, the Supreme Court observed, “Dissent is the safety valve of democracy. If you don’t allow the safety valve pressure cooker will burst”. Eight out of the ten activists are now in jail. On 25 October, a Hyderabad court extended the house arrest of Varavara Rao. On 1 October, the Delhi High Court ordered Gautam Navlakha’s release from house arrest.

“Reports of Arun Ferreira being beaten in custody are a reminder of how India is fast becoming a dangerous place for those demanding accountability from the state. Amnesty India believes that arrests in relation to the Bhima Koregaon incident, are politically motivated and are aimed at chilling peaceful dissent. The Indian government seems to have failed in its obligation to protect human rights defenders, and the freedom of expression and assembly”, said Asmita Basu.

Ill-treatment and torture in police custody are widespread in India, but are rarely punished. While torture is not recognized as a distinct crime under Indian law, the Supreme Court has ruled that torture and other ill-treatment violates constitutionally guaranteed rights to life and personal liberty.