India Declares Nagaland As ‘Disturbed Area’, Extends AFSPA to the Land of Nagas

Chandigarh: The Government of India (GoI) has declared Nagaland as a disturbed area while extending draconian Armed Forces Special Powers Act (AFSPA) to the region. AFSPA grants ‘special powers’ to India’s armed forces. It also provides for including impunity from legal proceedings for actions done by Indian armed forces.

The Ministry of Home Affairs (MHA) has declared the entire State of Nagaland as a “disturbed area” for six more months under AFSPA.

In a notification, the MHA said the central government is of the opinion that the area comprising the whole state of Nagaland is in such a “disturbed and dangerous condition” that the use of armed forces in aid of the civil power is necessary. 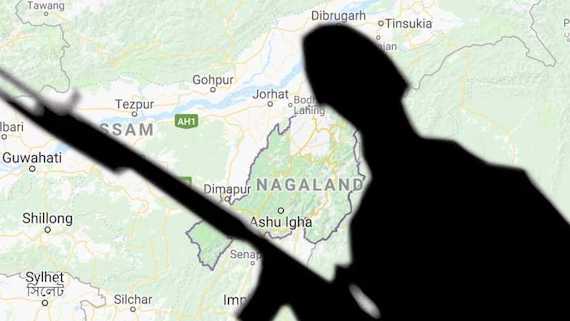 “Now, therefore, in exercise of the powers conferred by Section 3 of the Armed Forces (Special Powers) Act, 1958 (No. 28 of 1958) the central government hereby declares that whole of the said State to be a ‘disturbed area’ for a period of six months with effect from December 30, 2019 for the purpose of that Act,” the notification said.

A report in The Hindu notes that “[p]resently, AFSPA, 1958, is operational in the entire States of Assam, Nagaland, Manipur (except Imphal Municipal area), three districts namely Tirap, Changlang and Longding of Arunachal Pradesh and the areas falling within the jurisdiction of the eight police stations in the districts of Arunachal Pradesh, bordering the State of Assam. The notification declaring Manipur and Assam as “Disturbed Areas’ has been issued by the State governments. For Nagaland, the notification is issued by the MHA”.

The draconian act has not been withdrawn despite a a framework agreement being signed on August 3, 2015 between Naga insurgent group NSCN-IM general secretary Thuingaleng Muivah and government interlocutor R.N. Ravi in the presence of Prime Minister Narendra Modi, the report reads.