India Gets stay on Kulbhushan Jadhav’s hanging form ICJ; Pak may not comply

New Delhi: As per the media reports the Indian government here on Tuesday managed to get a stay through International Court of Justice on the hanging of Indian citizen  Kulbhushan Jadhav, who was sentenced to death by a Pakistani military court on charges of “spying”. 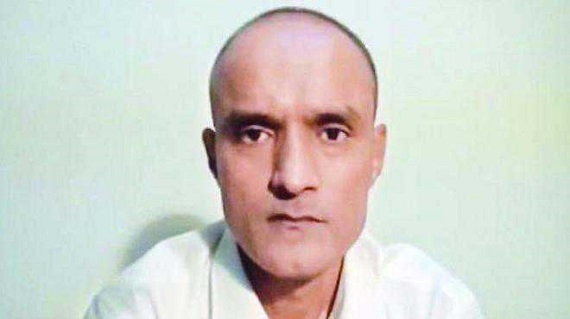 The order from the Hague came a day after India approached it against the death sentence handed down to Kulbhushan Jadhav by Pakistan’s Field General Court Martial last month.

India, in its appeal to the ICJ, accused Pakistan of “egregious” violations of the Vienna Convention on Consular Relations and claimed that Kulbhushan Jadhav was kidnapped from Iran where he was involved in business activities after retiring from the Indian Navy but Pakistan claimed to have arrested him from Balochistan on March 3, 2016. Following the appeal, the ICJ stayed his hanging, media sources said.

On the other hand Pakistan may technically accept the order, but if the past experience has to do something with this then it may think the other way.

India  believes the ICJ can look into Kulbhushan Jadhav’s case as both the countries are signatories to the optional protocol of the Vienna convention on consular relations (VCCR). The protocol says any dispute arising out of the interpretation or application of VCCR shall lie within the jurisdiction of the ICJ, notes Hindustan Times (HT).

However, last time India won a case against Pakistan was by arguing the court didn’t have the jurisdiction on matters involving two Commonwealth countries.

“I am not sure it is a wise move to go to ICJ. Pakistan could cite precedence of India citing ICJ having no jurisdiction in a case in 1999 involving Pakistan,” reads a quote from the statement given by Narendra Singh, secretary general, Indian Society of International Law.

Narender Singh a former head of foreign ministry’s legal and treaty division, was referring to India taking Pakistan to The Hague-based court in 1999. A Pakistani military plane had been shot down in the Indian air space over the Rann of Kutch. India told ICJ it didn’t have the jurisdiction to hear the case, an argument accepted by the court.