On 4 January, the UN Refugee Agency (UNHCR) stated that a family of five detained Rohingya people sent back to Myanmar the previous day were asylum-seekers registered with UNHCR in India. The organization also said that Indian authorities had not responded to its requests for access to the detainees to determine whether they wanted to return to Myanmar. The Refugee Agency said it regretted India’s decision to return the asylum-seekers to Myanmar, where conditions are not conducive for return. 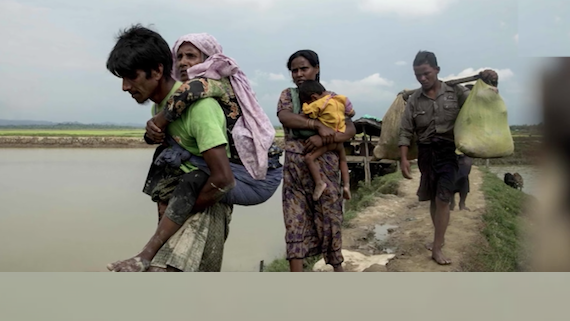 “The fact that the government ignored UNHCR’s requests for access to the family, who were registered as asylum-seekers, is deeply concerning. The government’s actions indicate a blatant disregard for the international refugee protection mechanism and the mandate of the UN Refugee Agency,” said Abhirr V P, Senior Campaigner, Amnesty India.

“The expulsion of asylum-seekers and refugees amounts to a violation of India’s obligations under customary international law, which prohibits governments from returning people to a territory where they are at risk of serious human rights violations.”

On 2 January, a Rohingya man who had been detained in Haryana for allegedly illegally entering the country was expelled. The next day, a family of five were expelled to Myanmar. The family had been arrested and jailed in Assam since 2014, allegedly for entering India without valid documents. News agencies have reported that ten other Rohingya people detained in the Tezpur jail in Assam are at risk of expulsion. In October 2018, seven Rohingya men were expelled from Manipur state to Myanmar.

“Forcibly returning people seeking refuge to a place where their lives will be at constant risk is unacceptable and unconscionable. In the past, the Indian government has stated that the Rohingya people being returned to Myanmar had consented to their return. But it is difficult to take this at face value, when authorities dub all Rohingya people as ‘illegal immigrants’ and do not allow the UNHCR access to detainees,” said Abhirr V P.

“The Rohingya population in Rakhine state in Myanmar continue to live under a system of apartheid. Their movement and access to basic facilities are severely restricted. The security forces responsible for atrocities against them have not been brought to justice.”

Since August 2017, more than 80% of northern Rakhine State’s Rohingya population – over 700,000 Rohingya women, men and children – have fled a vicious campaign of violence by the Myanmar security forces and sought refuge in neighbouring countries.

According to the UN Refugee Agency, there are an estimated 18,000 Rohingya refugees and asylum seekers registered with UNHCR in India. UNHCR issues ID cards to registered refugees and documents to asylum-seekers in India, which are meant to help prevent arbitrary arrests, detention and deportation.

In October 2018, the UN Special Rapporteur on contemporary forms of racism, racial discrimination, xenophobia and related intolerance, expressed alarm at the Indian government’s plan to forcibly return Rohingya people to Myanmar, which could constitute refoulement and would amount to a violation of international law. The Special Rapporteur also expressed concern that around 200 Rohingya people are being held in detention for prolonged periods on charges of irregular entry into India.