According to the NDTV, New Delhi said the Katarpur facility “should not be used for anti-India propaganda” and Pakistan must clearly say how it will like to bridge the ‘substantive gaps’ between the two countries on pilgrims’ movement to the shrine.

India said that it had objections against inclusion of Pakistani Sikh leaders namely Maninder Singh Tara and Gopal Singh Chawla.

Qureshi asks India not to shy away from Kartarpur Corridor talks:

Foreign Minister Shah Mehmood Qureshi on Monday asked India not to delay the opening of the Kartarpur Corridor and settle all differences through bilateral dialogue. 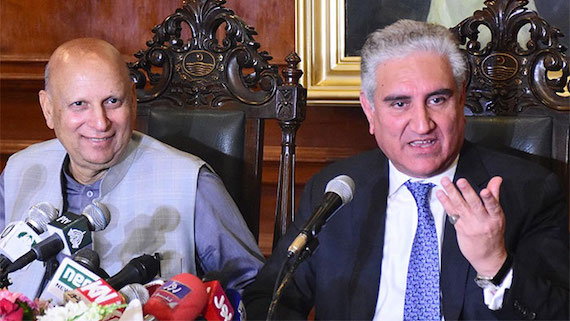 Addressing a press conference flanked by Punjab Governor Chaudhry Mohammad Sarwar here at the Governor House, he said despite tension with India in the wake of Pulwama incident, Pakistan participated in the talks on Kartarpur Corridor.

India, he said, should not shy away from the Kartarpur Corridor talks. Pakistan was more than willing to address all the Indian reservations, he added.