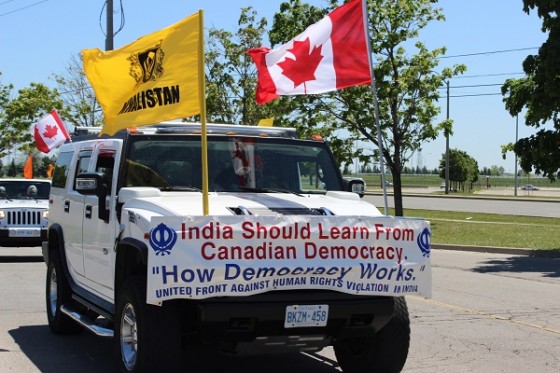 As per IE, both the leaders on Tuesday agreed that counter-terrorism was an important part of the bilateral cooperation.

“We are currently confirming these reports with the minister’s office”, CSC representative told SSN on whatsapp.

“Indian media is known to have twisted foreign politicians’ words” he added.

It is notable that in January 2013 the then visiting Canadian Minister Jason Kenney had clarified that Sikhs in Canada raising their voice peacefully for separate Sikh state named “Khalisthan” out of India, will not be asked to leave Canada.

Indian media and Government representatives/officials had raised issue of so-called “Sikh extremists” in Canada when Canadian prime minister Stephen Harper was visiting Indian in November 2012. But PM Harper had recognized the right of Canadian Sikhs to raise their political concern or propagate the idea of separate Sikh state often named as “Khalistan” peacefully.