Chandigarh: The United Nations’ Human Rights body has issued an appeal over the territory of Kashmir – which both India and Pakistan claim as sovereign, but control only parts of it. The appeal follows months of escalating tensions linked to earlier suicide attacks and the Indian Government’s decision in August to revoke majority-Muslim Kashmir’s special status, which for decades had allowed it partial autonomy.

At the time of the Indian Government decision, five UN-appointed independent rights experts warned that it had led to tighter central Government control, restrictions on peaceful protests and a communications blackout.

Curfew ‘still in place in large parts’ of Kashmir valley

In Geneva on Tuesday (October 29), spokesperson for the High Commissioner for Human Rights (OHCHR), Rupert Colville acknowledged that an “undeclared curfew” had been lifted from much of Jammu and Ladakh regions within a few days. 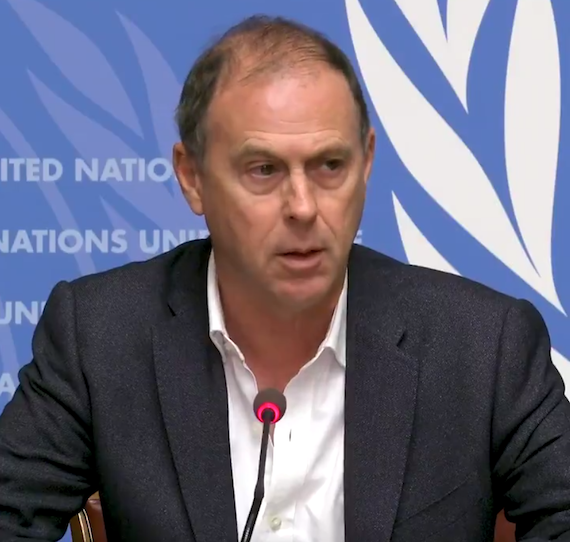 But he noted that it was reportedly still in place “in large parts of the Kashmir Valley, preventing the free movement of people, as well as hampering their ability to exercise their right to peaceful assembly and restricting their rights to health, education and freedom of religion and belief.”

Highlighting several allegations of excessive use of force against protesters that involved the use of “pellet-firing shotguns, tear gas and rubber bullets”, Mr. Colville said that there had also been unconfirmed reports of “at least six civilian killings and scores of serious injuries”, in separate incidents since the Indian Government declaration on 5 August across Jammu and Kashmir.

The Office of the High Commissioner had also received reports that armed groups in Indian-administered Kashmir have threatened some residents trying to work or go to school, the OHCHR spokesperson said.

In addition, “at least another six people have been killed and over a dozen injured in alleged attacks by armed group members, since 5 August”.

And although restrictions on landline telephones were eventually lifted, and a state-run telecom company allowed to resume partial mobile phone services, all internet services remain blocked in the Kashmir valley, Mr. Colville insisted.

In line with the Indian Government’s decision to revoke Jammu and Kashmir’s partial self-rule, two separate federally-administered Union Territories are to be created this Thursday, the OHCHR Spokesperson explained, adding that “hundreds of political and civil society leaders” had been detained “on a preventative basis”.

While some political workers have reportedly been released, most senior leaders – especially those from the Kashmir Valley – remain in detention, he said.