Amritsar: Indian Army chief Dalbir Singh Suhag maintained that the artefacts of the Sikh Reference Library were not in the possession of Indian army.

“I have checked on this and found that no such religious literature is with the army. May be, some other agency took the literature with it,” he said. 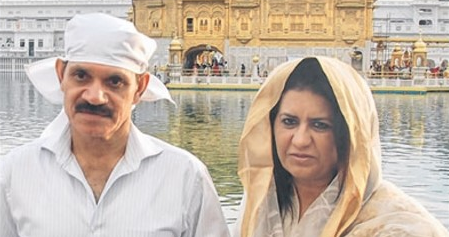 Indian Army chief who visited the Darbar Sahib Amritsar yesterday said the Punjab government should forward a letter on the fate of missing manuscripts to the defence ministry.

“I will help the SGPC on this,” he added.

The SGPC had raised a verbal demand with Indian Army chief to return the Sikh Reference library during his visit to the Darbat Sahib Amritsar.