New Delhi: A couple of months back the Indian Army Chief Gen Bipin Rawat in a statement had said that a ‘two-frontal’ conflict (on both western and eastern borders) is a reality, and further boasted that the Army was fully capable to thwart off such a misadventure.”

But it seems that the findings of the internal review and the suggestions made by the Army’s top brass stands in glaring contrast to the earlier claims made by the Chief of Army Staff. 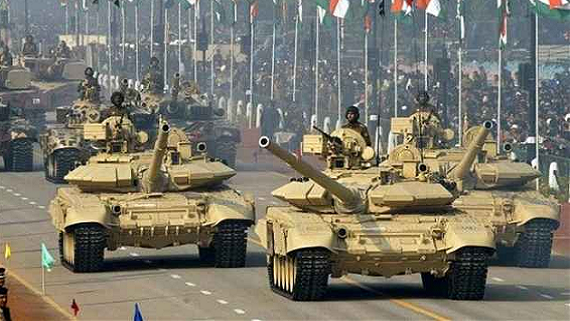 As per its findings the Army has said it was reeling under severe fund crunch and struggling to even make emergency procurements when it was dealing with an assertive China along the northern border after the Doklam face-off and increasing hostilities from Pakistan on the western frontier.

Additionally, the Indian Army officials reportedly told a parliamentary panel that the insufficient allocation to it in the defence budget was going to hit the Army’s modernisation at a time when Chinese military was competing and modernising itself  to reach the level of the US and Pakistan bolstering capability of its forces.

Whilst interacting with the media Vice Chief of Army Lt Gen Sarath Chand said 68 per cent of the Army’s equipment is in the ‘vintage category’, adding fund crunch will also impact the serviceability of the existing equipment and may even affect payment of instalments for past purchases.

It said that the Army’s frustration over the minuscule allocation of funds in the defence budget for next fiscal  conspicuously figured  in a report of the Standing Committee on Defence, which was tabled in Lok Sabha today.

Speaking over new procurement policy, delegation of financial powers to Vice Chief of Army and several other initiatives towards modernisation of the armed forces, Lt Gen Chand reportedly told the panel that “the Budget of 2018-19 has dashed our hopes and most of what has been achieved has actually received a little setback.”

“Allocation of Rs 21,338 crore for modernisation is insufficient even to cater for committed payment of Rs 29,033 crore for 125 on-going schemes, emergency procurements,” he said, adding “committed liabilities of 2017, which will also get passed on to 2018, will further accentuate the situation.”

Apparently, expressing his apprehension over two frontal threat Lt Gen Chand said the possibility of “two front” war is a reality and the country needs to pay attention to modernisation of the Army. He said the Doklam issue was going on and China has become increasingly assertive.

The Army also informed the panel that it does not have adequate resources to even undertake the construction of strategic roads near the Sino-India border, notes The Tribune (TT).