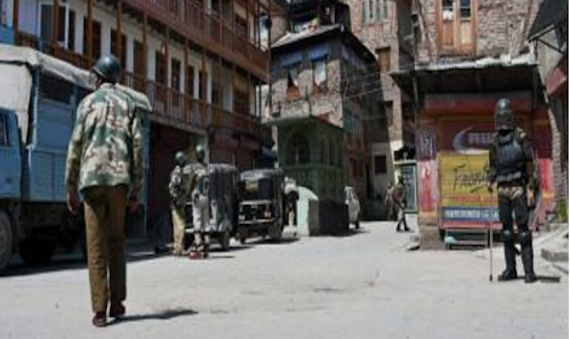 As per media reports a police official said people from different villages gathered outside an army camp of 47 Rashtriya Rifles in Natnusa village on a highway after Friday prayers.

The authorities alleged that the people pelted stones on the camp “prompting” the army men to open fire.

Pro-freedom Kashmiri leaders had reportedly urged Kashmiris to protest after Friday prayers over the killing of four persons in the district in Indian security forces firing since Tuesday.