I was in school in Amritsar, Punjab, on June 1, 1984. It was 12:30 pm when we heard the unmistakable, chilling sounds of gunshots firing. We students were immediately sent home. However, for me, home was right beside the Darbar Sahib complex. In fact, my family played kirtan at Darbar Sahib; they are Hazoori Raagis.

I scrambled on my bike and started riding home, in the direction of the gunshots. I was ten.

I remember hearing the gunshots as I peddled through the narrow alleys of Amritsar. I remember seeing a couple of bodies lying in pools of blood. I was not afraid, but I knew I had to quickly get home. 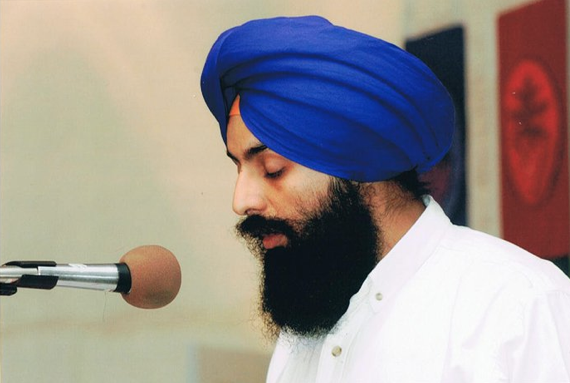 I managed to reach home safely, but not everyone was safe. This marked the beginning of days of horrific, unimaginable violence. This was the onset of the Indian military’s attack on Darbar Sahib and dozens of other gurdwaras throughout Punjab. Thousands of innocent Sikhs were killed at the hands of the Indian military.

Code-named Operation Bluestar, the assault set the stage for a decade of violent state repression.

When I made it home, my mother was crying because she was so relieved to see me, knowing not all mothers were so lucky. She hid me under a bed, where I heard gunshots throughout the day. 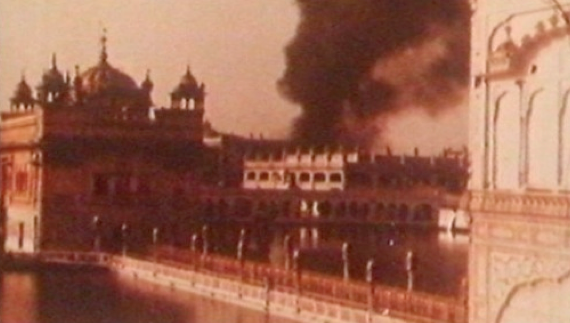 The next day, after the curfew was lifted, my family and I also went to the Darbar Sahib complex. Sangat from all over began pouring into Darbar Sahib for Guru Arjan Dev Ji’s Shaheedi Divaas. By the following day, not only was Amritsar filled with sangat, but no one had ever seen that much military presence in Amritsar.

Once again, there was a curfew. Because of that curfew, we could not take my sick chachaji (uncle) to a hospital. He passed away that night.

On June 4th, at about 4:30 am, we awoke to bombardment. It sounded like the earth was being ripped apart at the seams – a sound I would never forget. Over the next two days, the violence, the blood and the devastation that I saw is hard to speak of, but it is permanently seared into my memory.

Thousands of Singhs and Kaurs were horrifically killed. Yet the Sikh community, as always, shows resilience in the face of this violent repression. If we were able to survive 1984 as a community, like I did as a ten-year-old boy, we can survive anything.

It is our responsibility to remember and draw strength from our Panth’s sacrifices.

[Born in Amritsar and brought up within the Darbar Sahib complex, Sawinder Singh is a former Hazori Raagi of Darbar Sahib and founded the Sri Harmandir Sahib Academy. He currently works and resides in Maryland with his family. Sawinder Singh will be featured in the Sikh Project photography exhibit this year.]