Fresno, CA: According to Gregory H. Stanton, every genocide is followed by “denial”. Stanton, Research Professor in Genocide Studies and Prevention at the George Mason University in Fairfax County Virginia, regarded denial ‘eighth’, last and unending stage of a genocide.  The efforts of the Indian state to prevent any sort of recognition to the fact of Sikh Genocide 1984 is also a form of ‘denial’. The organs of Indian state abroad are also making every possible effort to block any initiative to for recognition of the “Sikh Genocide” of November 1984.

In a recent instance a proposal to recognize the fact of Sikh Genocide 1984 in Indian subcontinent was taken back by Fresno city council member Clint Olivier on Wednesday (June 22) after Indian Consul’s interference.

According to Fresno Bee: “Fresno City Council Member Clint Olivier on Wednesday backed off a proposal to recognize the 1984 killings of thousands of Sikhs in India as a genocide. That came after the Indian consul of San Francisco met with each council member to convince them that Olivier’s draft resolution was inaccurate and one-sided.”

Notably, Clint Olivier had first proposed the resolution in January. He said he put it on hold to do more research after Sudarshan Kapoor, a retired Fresno State social work professor, met with Olivier’s council colleagues to express his reservations. 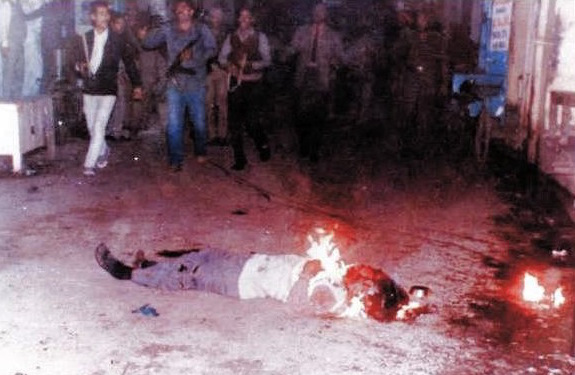 According to Fresno Bee: “Kapoor accompanied the consul, Ambassador Venkatesan Ashok, to his meetings Wednesday. Kapoor said what happened in 1984 wasn’t like the Armenian genocide or the Holocaust and said the city shouldn’t get involved”.

Kapoor reportedly said that “people should be more concerned about issues such as hate crimes against Sikhs and bullying in schools”. 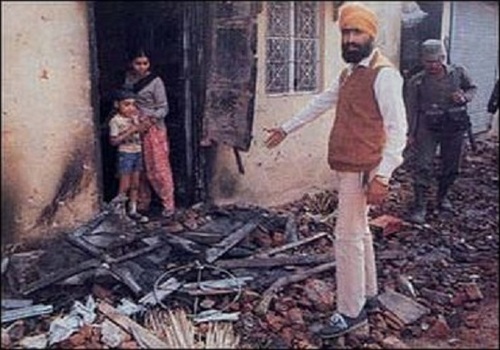 “We need recognition. We need the world to acknowledge that this happened,” Fresno Bee quotes Purewal. “We’re not even asking to point fingers at anyone. It was a genocide. It was a targeting of specific people based on their religion.”

Purewal disagreed with Kapoor that the resolution would cause animosity. He said Indians of all religions should want to recognize the past to improve the future. 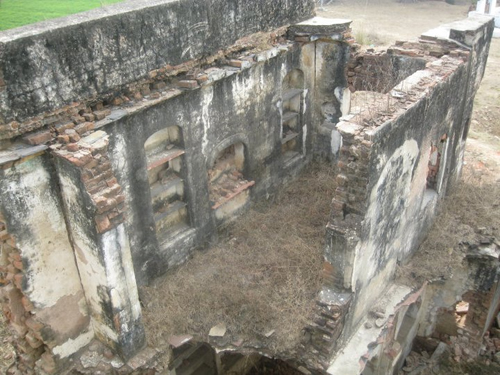 Ruins of Sikh Village Hondh Chillar that was destroyed during the Hondh Massacre in November 1984 (File Photo: 2011)

Notably, other cities in California have recognized the killings as a genocide, including Kerman, San Joaquin, Stockton and Bakersfield. The California Assembly declared it a pogrom, or an organized massacre.

In a statement, Sikh youth group, Jakara Movement said: “The Fresno Sikh Youth have taken the lead on making sure the Sikh Genocide of November 1984 is recognized. While the Indian Government and their Fresno-area ‘lackeys’ have attempted to label supporters as “terrorists” and “extremists”, the youth leading this are part and parcel of the Fresno fabric. The text of the resolution makes no reference to any other community, but places the blame squarely on the Indian Government, who orchestrated the genocide. Such facts are not ‘controversial’, for they are the truth – and there are many people in Fresno that bear witness to this truth”.