In the garb of a journalist, Arnab Goswami of Republic TV is a hate-campaigner against Christians, Muslims, and Congress to serve the BJP. He is a mirror image of BJP leaders in performing theatrics to polarise society on vote-bank calculus. In a recent TV program, he made a personal attack on Sonia Gandhi and sought to project Muslims’ involvement in the Palghar (Maharashtra) lynching of three people. He was caught on the wrong foot as most of the attackers were BJP activists. Covering his fallacy he claimed to be attacked by Congressmen in Mumbai. In many states, Congressmen also lodged FIRs against Arnab. When he was about to be arrested, Press Council India (PCI) and Editors Guild came to his support in the name of ‘attack on press freedom’ and Supreme Court (SC) protected Arnab against his arrest within 10 hours of his filing petition. 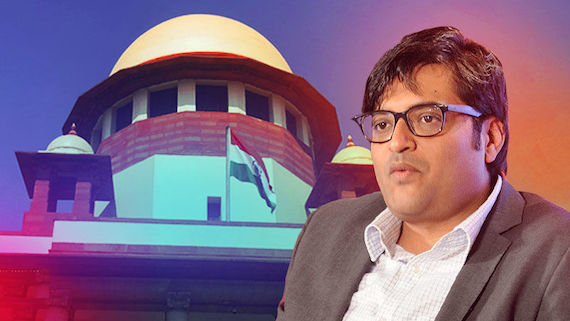 PCI and SC, earlier, chose to ignore all hue and cry in several such cases including recent FIR against the Wire editor Sidharath by Yogi Government and slapping of UAPA, stringent detention Act on three Kashmiris journalists including a 26-year woman photographer.

Since ‘godi patarkars’(embedded journalists serve the politics of the rulers, they enjoy all material benefits and protection. But their hate campaigns going in name of ’press freedom’ could as devastating as the Rwanda radio’s communal propaganda which had caused the genocide of one million Tutsi tribals in Africa in 1994.

Lala Jagat Narain was Arnab Goswami of Punjab who had contributed a lot to the communalizing of politics. In his editorials, Lala went to dub then Akal Takht Jathedar Gurdial Singh Ajnoha as ‘anti-national and Pakistani agent’ and Akalis’ demands as ‘separatism’. But all governments lent open support to ‘fake and ultra-nationalist’ brand of journalism of Lala’s and his successors which became instrumental in the November massacre of Sikhs to be followed by long bloodshed in Punjab. Lala family organized the ‘Shaheedi Fund’ program with the partnership of Left leaders like Harkishan Surjit, Jagjit Anand et al which kept communal cauldron melting hot in Punjab. That program brought rich material dividends and share in power to the newspaper barons.