Chandigarh: The Indian Army attack on the Darbar Sahib was an outcome of the nation building project switched into operation since the British rulers quit the Indian sub-continent, said known Sikh historian Ajmer Singh. 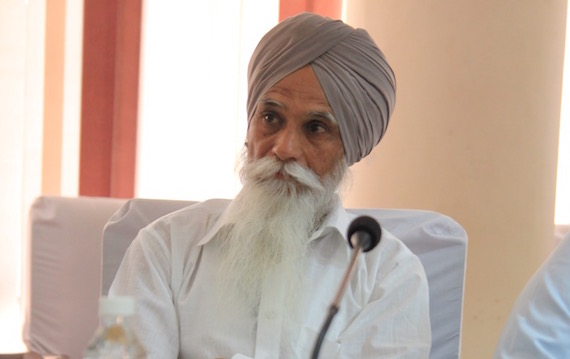 Speaking at the release of the book, ‘Sant Bhinderanwale de Ru-h-bru, June 84 di Pattarkari’, authored in Punjabi by senior journalist Jaspal Singh Sidhu here at Kisan Bhawan, Ajmer Singh said practice showed that shaping a nation-state on the European model, necessitated the demolishing of distinct identities, cultures, languages and other diversities to be replaced by a homogenous dispensation, which better suited to unitary type- central governance. 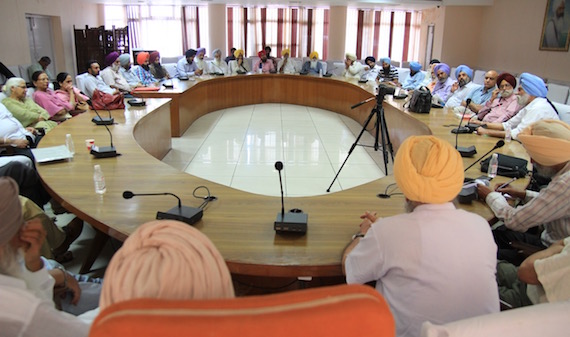 The Sikhs came into a direct conflict with the Indian state as they insisted on retaining their distinct identity as well their separate political entity as a ‘nation’, he added.

Supporting his views veteran journalist Dalbir Singh said media like other institutions of the state stood behind the nation-building process and distorted the reporting of news-items to fit into the anti-Sikh propaganda spree. Thus, the Sikhs subjected to police atrocities and repression made out as ‘aggressors’ in the eyes of the Indians and justified the leashing of reign of terror on the community.

Other senior journalists Sidhu Damdami and Karamjit Singh said the book furnishes the first-hand information of the 1980s, which would help understanding the past and shaping the future politics of the Sikhs.