Chandigarh: The Dal Khalsa today lashed out at Punjab Governor and Chief Minister for granting pardon to four convicted cops responsible for killing a Sikh youth Harjeet Singh in fake encounter. The organization hits out at Indian political system terming the move as yet another glaring example of blatant discrimination against the Sikhs.

Party spokesperson Kanwar Pal Singh said the Indian establishment is brazenly biased against minorities. To drive his point home, he said many Sikh prisoners associated with Sikh struggle were still languishing in jails despite their completion of more than twenty years in prison. And these four guilty cops namely R K Singh, B L Verma, Onkar Singh (from UP police) and Harinder Singh from Punjab police have been given premature release after spending just four and a half years in jail. He slammed it as mockery of justice and the law. 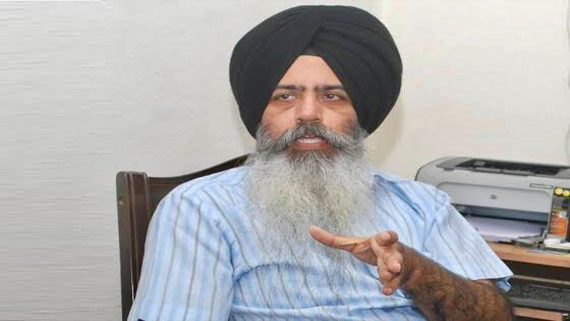 He said the Sikhs have been demanding the release of their prisoners since 1999 but successive governments have repeatedly turned down their pleas. Even Captain Amarinder Singh regime promised to Bargarhi Morcha organizers before Lok Sabha polls that they would allow permanent parole and premature release to the Sikh prisoners having completed more than twenty years in prisons. However, it turned out to be an election stunt, no different from the previous Akali governments.

The Dal Khalsa leader pointed out that the case of deceased Harjit Singh was investigated by central agency Central Bureau of Investigation and even the sentence was pronounced by the CBI court and as such, the state government could not release the convicted cops without the consent of Union Home Ministry. He further said, in this case the Supreme Court guidelines had been ignored while the Sikh prisoners are being kept behind bars citing this constraint. He alleged the release had been ordered under political pressure of UP government led by Hindutva ideologue Yogi Adityanath.

Both Amarinder and Sukhbir are captives in the hands of establishment, he observed. Taking Sukhbir Singh Badal to task, he said his regime too pardoned the notorious police cat Gurmeet Pinki in June 2014 convicted for life in murder case of teenage boy from Ludhiana. He was prematurely released after serving almost 8 years in prison.