Chandigarh: Chief Justice of India (CJI) has come forward to the defence of controversial National Register of Citizenship (NRC).

The Government of India (GoI) has undertaken massive NRC drive in the north-eastern region of Assam.

According to the government the NRC would unearth illegal immigrants. 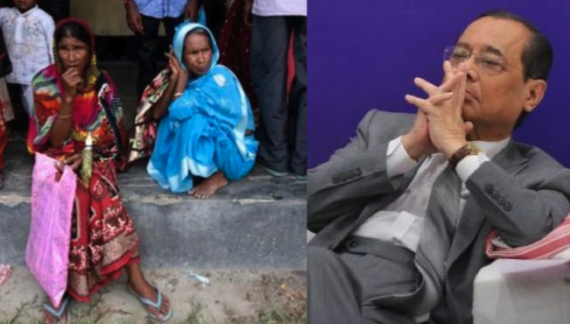 But the NRC drive has been target of severe criticism from various quarters. Critics say that it was leading to injustice on an unbelievable scale as it could lead to leaving lakhs of people as ‘stateless’.

CJI Ranjan Gogoi on Sunday (Nov. 4) termed the controversial NRC as a “base document for the future”.

He was speaking at the launch of a book titled “Post-Colonial Assam (1947-2019)”, written by journalist Mrinal Talukdar.

This issue of NRC had emerged during hearing on ‘Human Rights in South Asia’ in US Congress few days ago.