Punjab Police have registered an FIR against ex-DGP Sumedh Singh Saini for abduction, torture and elimination of Balwant Singh Multani in a stage-managed case of “disappearance” 29 years ago in 1991. Co-accused are DSP Baldev Singh Saini, one inspector, three sub-inspectors and an ASI.

The detailed FIR on the complaint by the brother of the victim picked up following an attack on ex DGP Saini, then SSP in Chandigarh. In those days, Punjab Police was given unlimited and extra-constitutional powers in the name of controlling “Sikh terrorism”. The victim’s father, then a serving IAS in Chandigarh itself could not save his son being subjected to third-degree torture, electric shocks and the ultimate elimination. 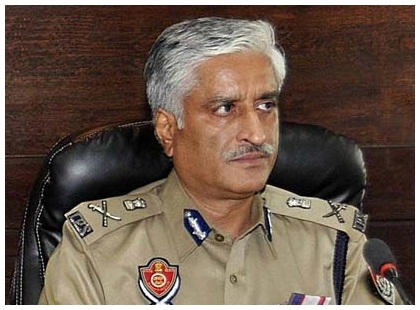 Imagine, the fate of the ordinary Sikh youth who happened to be picked up by police.

Later, on High Court’s intervention, the CBI lodged FIR against ex DGP Saini after a thorough inquiry in 2007. Then the ruling Badals shielded Saini, reached the Supreme Court at Punjab government expenses and got FIR quashed in 2011. Later, Saini’s estranged hitman cop Gurmeet Singh ‘Pinki’ gave an interview to “Outlook” magazine, which appeared in 2015, on how the victim was tortured and eliminated. The interview forms the part of the FIR.

Despite all that and other cases of atrocities like “elimination” of a Ludhiana industrialist and his relatives, the Badals continued to patronize Saini, upgraded him as Punjab police chief bypassing his four seniors. During the Badal’s rule, Saini’s name also figured in all commissions/ inquiries in the Bargari Sikh scripture sacrilege of 2015. Yesterday, Saini made an unsuccessful attempt to escape to Himachal Pradesh without a proper pass.

Saini holds that the FIR was lodged because his beta noir, Congress CM is now “colluding with anti-national elements”. Intra-police rivalry, pinning down of the Badals and persistent efforts of human rights activists have led to the FIR that marked the targeting of those police officers who being KPS Gill’s ‘nationalist boys’ had direct access to Home Ministry bypassing ruling politicians of Punjab.

Earlier, Capt Amrinder Singh earned Sikh farmers’ votes and support by rejecting previous accords on Punjab rivers. Now he has acquired another ‘emotive issue’ against Badals by hauling up Saini, infamous among Sikhs for committing “atrocities” on them. Let’s see how Badals and other “rashtrawaadi forces” react?