Initially setup for 6 months, SIT on 1984 related cases gets extension of 1 year

New Delhi: The Home Ministry of India extended the tenure of Special Investigation Team, set up by the government for conducting another probe into the November 1984 Sikh massacre related cases. The SIT was set up earlier this month for six months following a recommendation by a committee, headed by former Supreme Court judge justice (retd) GP Mathur. The committee was set up to look into the possibility of re-investigation of the cases related to November 1984 massacre of Sikhs in Delhi. 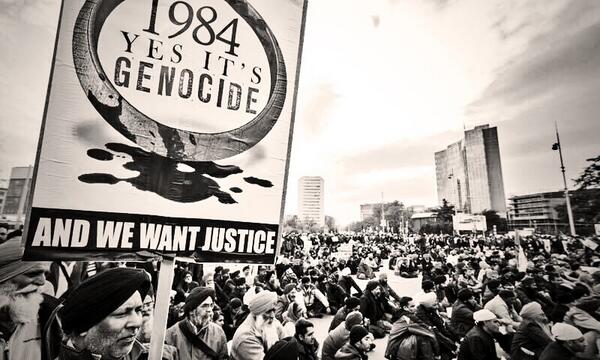 “The SIT so far has submitted few preliminary reports to the home ministry as it looks into the record of cases,” a news reported by Hindustan Times quotes an undisclosed official in Indian Home Ministry.

The home ministry has reportedly asked the SIT headed by senior IPS officer Pramode Asthana to take appropriate steps for a thorough probe and file a chargesheet in appropriate courts with available evidence.