Instead of Trial, Delhi High Court concerned about Timings of FIRs against Sajjan Kumar

NewDelhi: Delhi High Court on Thursday asked the Centre appointed Special Investigation Team (SIT) probing the 1984 Sikh genocide to furnish information about the timing of each first information report (FIR) registered against Congress leader Sajjan Kumar for his role in the killings. 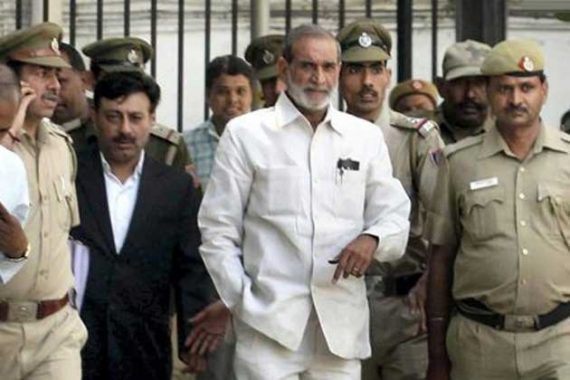 “You (SIT) must have investigated the cases involving the respondent (Kumar) here. Therefore, you must be aware of the timings of FIR lodged in connection with the cases against him (Kumar) and others,” Justice S P Garg was quoted by the media in its report.

The timings of each FIR were called for as Sajjan Kumar is an accused in several Sikh Genocide cases and the court had expressed concern on how a person could be involved in each one of them. It also directed the SIT to produce the copy of a trial court judgment by which Sajjan Kumar was acquitted of all charges.

Furthermore, the court also directed the investigating team to show the copy of chargesheet filed against Sajjan Kumar and others in connection with the killings on people in November 1984. It said the documents shall be produced on March 14, the next date of hearing. The directions were issued to the agency after it failed to inform the court about the timing of the two FIRs out of 10, registered against Sajjan Kumar.

Additional solicitor general (ASG) Sanjay Jain, appearing for the SIT, informed the court that 10 FIRs were registered in Delhi against Sajjan Kumar after the assassination of the then Prime Minister Indira Gandhi.

Adding to his statement Sanjay Jain said that as per the complainant by one Harvinder Singh on the fateful day at around 11am, Sajjan Kumar was seen leading a mob. The complaint in Janakpuri pertains to the killing of two Sikhs — Sohan Singh and his son-in-law Avtar Singh —on November 1, 1984. The other relates to Gurcharan Singh who was burnt on November 2, 1984, in the jurisdiction of Vikaspuri police station, notes Hindustan Times (HT).

As per the complaint, Gurcharan Singh, who was half burnt, remained bedridden for 29 years. He died three years ago.