Chandigarh: Aam Aadmi Party’s Punjab leadership continue to fire salvos on each other. Addressing a press conference at Chandigarh on July 22 Party’s newly appointed state legal cell chief Advo. Himmat Singh Shergill claimed that he had got ‘solid information’ that AAP MP from Fatehgarh Sahib, Harinder Singh Khalsa has been bought over by the Badals.

He alleged that MP Harinder Singh Khalsa was creating disturbance in the party as per directions of Badals.

However, on being asked by journalist present in the press conference, Himmat Singh Shergill did not furnish any evidence to support his allegation. 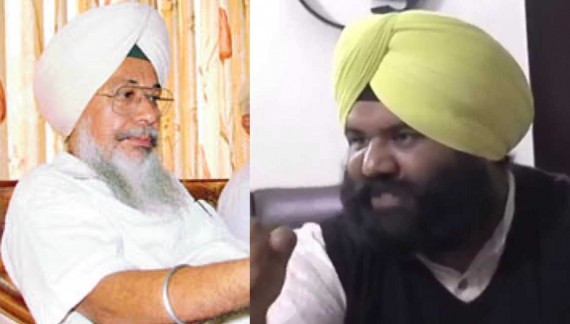 He also admitted that he had not complained to the party leadership first before going public on this issue.

“I have levelled this allegation in open public domain through the media. I will write to my party also. But if the leadership thinks I have caused indiscipline by going public first, then I am ready to face action,” he said.

Harinder Singh Khalsa says He can simply laugh at the allegations:

Responding to Shergill’s allegation, Harinder Singh Khalsa said that he could simply laugh at the allegations.

“I can’t compromise my dignity by responding to these”, he added.