Lahore: On the concluding day of the ongoing first-ever international Sikh convention at Lahore, Pakistan Prime Minister Imran Khan in his address to the Sikh representative gathered from across the globe reassured the Sikhs that his government will make all efforts to facilitate Sikh yatris who visit Kartarpur Sahib and Nankana Sahib, as well as other Sikh Gurdwaras in different cities of Pakistan. 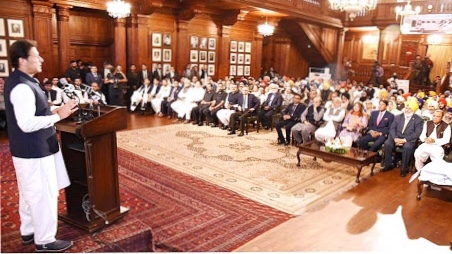 “This is not a favour, this was our duty,” Pak PM further said in his statement. “I understand that for Sikhs Nankana Sahib and Kartarpur Sahib has the same status what Mecca and Madina is for Muslims”, he added.

The premier was addressing the first International Sikh convention, arranged by Punjab Governor Chaudhry Sarwar at the Governor House in Lahore. The convention, which began on Saturday, was attended by Sikh delegates from the United States, England, East Punjab and Delhi.

Additionally, Pakistani PM Imran Khan in his address while informing the Sikh delegation about ongoing diplomatic tension with neigbouring India stated that he will not initiate military action. However, he will continue to raise his voice for the residents of Indian-occupied Kashmir, who have been under a restrictive lockdown for the past 27 days. 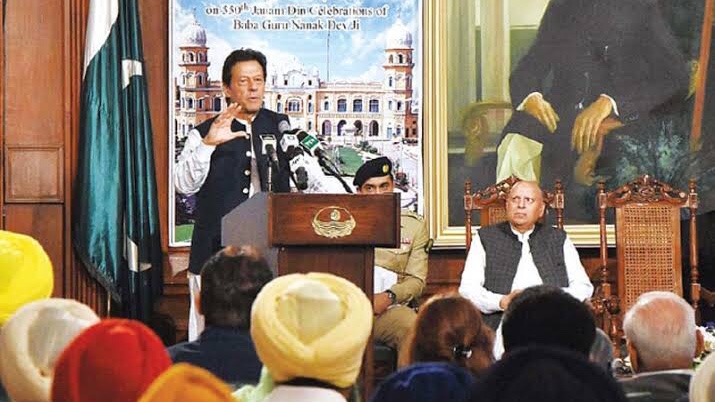 “No one who has any humanity left (in them) can tolerate the current situation in the occupied Kashmir. We can never accept that you place eight million people under lockdown for 27 days and cut off all communication. I would have raised my voice even if they [Kashmiris] were [non Muslims],” Imran Khan further said in his statement. 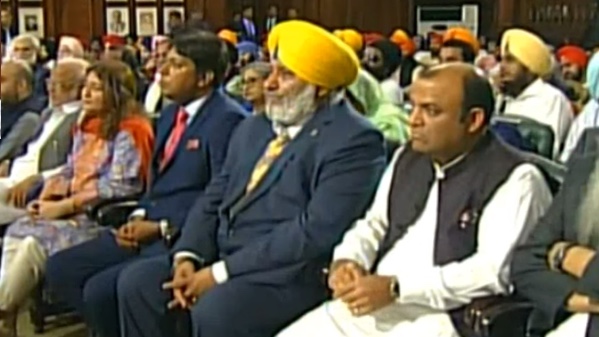 Another view of gathering during the convention

Prime Minister Imran further said that the Rashtriya Swayamsevak Sangh (RSS) — believed to be the parent organisation of the ruling Bharatiya Janata Party (BJP) — was following a “totalitarian and racist ideology” that was not in accordance with the teachings of any religion.

“The direction in which RSS is taking India has no place for any [minority]. What is happening with Muslims right now in India […] it will not stop here. If they are not stopped, they will come after the Dalits; they will one day come after the Sikhs,” reads a quote from his statement published in Dawn, a Pakistan based english daily.

Earlier speaking on this occasion West Punjab Governor Chaudhary Mohammad Sarwar said that the minorities would be treated at par under Imran Khan’s government. “I want to ensure you all and also to minorities inhabiting Pakistan that every single member of minorities will be protected”, he added.