Shamsul Haq Mengnoo, 25, a resident of south Kashmir’s Shopian, was pursuing his BUMS from a government college at Zakura on the outskirts of Srinagar and went missing from May. Shamsul’s elder brother Inamul Haq is 2012 IPS batch officer who is posted in north East. 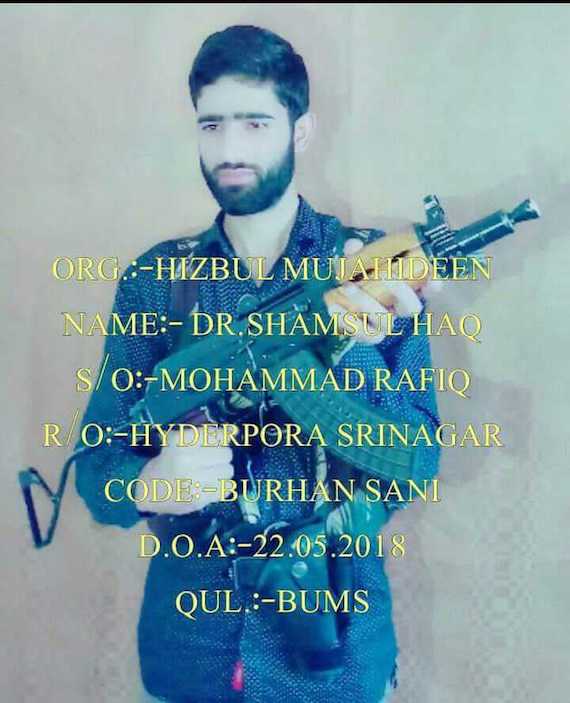 The picture of Shamsul holding a gun shows his date of joining militant ranks on May 25, 2018. His code name shown in the picture is Burhan Sani. Over the past two years, it has been a trend of the new age militants they announce their joining by releasing pictures with guns on social media.

Shamsul is the fourth highly-educated youth to join militant ranks this year. Hizb has reportedly also released pictures of over a dozen other new recruited militants on Burhan’s anniversary.

Over 50 youth already have joined militant ranks so far this year.

Meanwhile, normal life was affected across Kashmir Valley on death anniversary of militant commander Burhan Wani. His killing in 2016 had triggered a six month long unrest that led to the killing of nearly 80 people. Authorities had imposed curfew in Tral- the native town of Wani and restrictions were imposed in many part of Srinagar to ensure peaceful day.