Imphal: Manipur activist Irom Sharmila today announced that she would end her hunger strike of 16 years against the Armed Forces Special Powers Act (AFSPA). She also announced to contest elections.

“I will break my fast as the government has failed to give any positive response. I will end my fast on August 9 and contest elections,” the 44-year-old activist announced before the press as she came out of a local court.

She said she no longer believed her fast would help repeal the draconian law. “That is why I will join politics and continue to fight,” said Sharmila.

The Manipur Assembly elections are due in 2017. 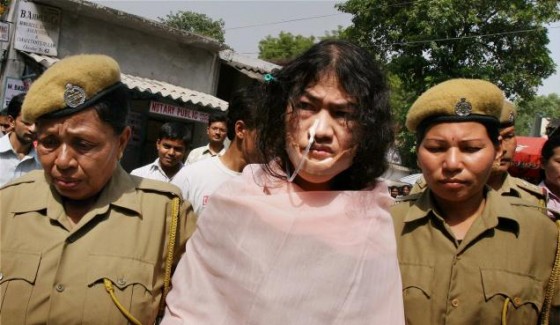 Irom Sharmila, who is regarded as the Iron Lady of Manipur, has been on a hunger strike against the law since 2000. However, she has been forcefed through a nasal tube in a ward that acts as her prison at Imphal’s Jawaharlal Nehru Hospital.

She has been arrested and released on several occasions for attempted suicide, an offence that attracts a year’s jail.