London: As per the latest devlopment in the yesterday’s flagrant attack near British Parliament in Westminster central london in which 3 people were killed and 40 others injured, it is been reported by the media that the ‘so-called’ Islamic State (IS) has claimed the responsibility of this dasdardly attack. 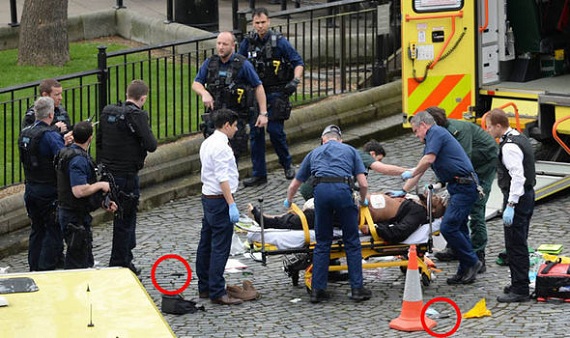 In a statement issued by the IS it reportedly said that “The perpetrator of the attacks yesterday in front of the British parliament in London is an Islamic State soldier and he carried out the operation in response to calls to target citizens of the coalition”, notes a quote in the report published in the local English vernacular.

Last year, the IS which has controlled parts of Iraq and Syria in recent years, has lost territory this year to local forces in those countries supported by a US led military coalition.

While reporting on this matter the media further stated that the group made the  annoucement in Arabic and French but it was quickly translated into English.

Terror expert and former police chief Ahmet Yayla said he would question how deep the ties between the attacker and the  group run.  “Based on the language they used in the statement, I assume IS didn’t imply they had direct connections with the Westminster attacker.

IS rather used a broader term ‘response to our calls to attack’ for the Westminster attack.

This may imply the attacker acted on his own,” he further adds to his statement.

Meanwhile,  Prime Minister Theresa May has ordered the threat level to the UK has to be set at ‘severe’ – meaning an attack is highly likely – for some time. This is the second highest threat level. The highest level ‘critical’ means there is specific intelligence that an attack is imminent, a quote from a report  in Times of India (TOI) reads.