Amritsar: A delegation of around a hundred Muslims visited Amritsar in Punjab on Thursday (Feb. 7) to seek support of Akal Takht Sahib against Delhi Sultanate (Indian State)’s fascist norms like Citizenship Amendment Act (CAA) and National Register of Citizens (NRC). 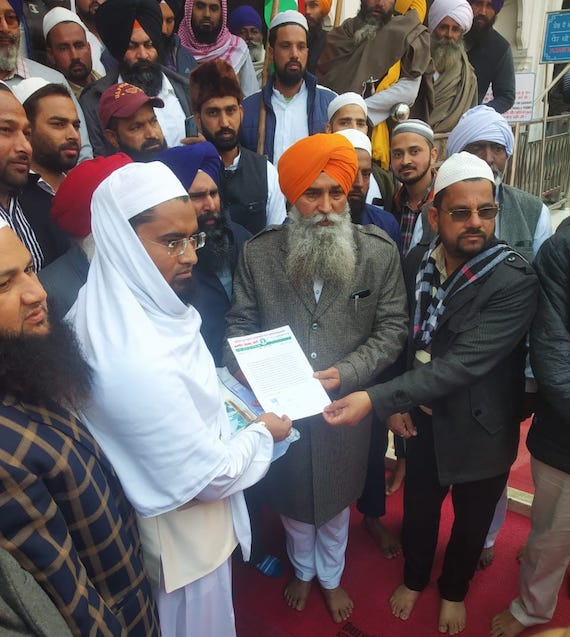 The letter urged Akal Takht Sahib jathedar to clear issue Akal Takht’s stance on CAA-NRC so that people could have more clear guidance for action on CAA-NRC issue.

The delegation representatives told media persons that they have talked to Giani Harpreet Singh over phone as he was out of Amritsar due to some vital engagements in Mohali/Chandigarh. They said that Giani Harpreet Singh told them to convey their concerns to his personal assistant and secretary and ensured them about proper response.

It is noteworthy that Sikhs are already extending every kind of support for move against CAA-NRC in Punjab, Delhi and also abroad.

Sikh delegations are participating in protests against CAA-NRC at Jamia Millia Islamia University and Shaheen Bagh in Delhi as well as at Malerkotla in Punjab.

Sikh diaspora groups in USA, Canada, England and various parts of Europe staged protests outside Indian High Commissions on January 26 (India’s Republic Day) to protest (amongst other things) against CAA-NRC.

On February 7, when a Muslim delegation returned after making representation at Akal Takht Sahib, it was time for them to perform Namaz. The delegation members performed Namaz in front of the main entrance of Darbar Sahib complex from Ghanta Ghar (clock tower) side. 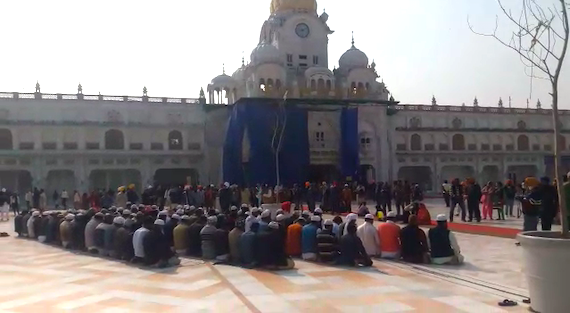 The images of Muslims performing Namaz in front of the main entrance of Darbar Sahib have triggered a positive wave over the social media and is being viewed as an example of communal harmony, and peaceful and respectful coexistence.