It is dangerous to be right when the government is wrong: Sanjiv Bhatt

And that is real life situation for the IPS officer Sanjiv Bhatt. He has very candidly expressed his feelings on Facebook on the day the Gujarat Government removed him from service. “It is dangerous to be right when the government is wrong. And all the more dangerous when the government is diabolically devious as well. After conducting a sham, ex-parte inquiry on completely fabricated charges of unauthorised absence from duty. All I have to say is that, at the age of 24, with a passion and fire that still continues to rage in me, I chose the Indian Police Service because I saw it as a career that would add action and purpose to my life. And I have not been disappointed one bit. In fact, I have enjoyed every moment of the last 27 years in the IPS.”

The sacked IPS officer claimed that he has enjoyed every moment of his journey in the service. Bhatt said the ground of his sacking– unauthorized absence from duty — pertains to the period when he was deposing before the SIT (investigating into the Zakia Jafri complaint) and the Nanavati Commission(inquiring into the Gujarat riots). 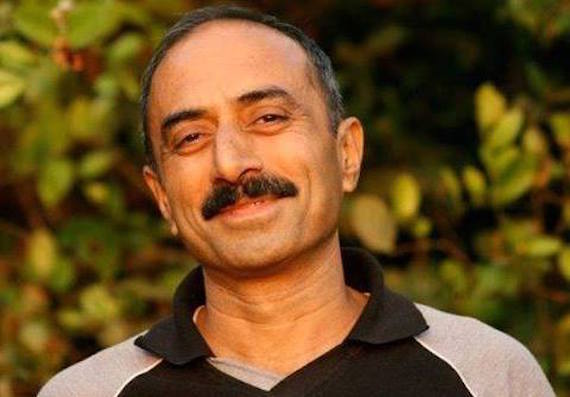 “Be that as it may, the bottom-line is that if the Government of the day does not require my services…so be it. I pray to God that he may continue to kindle and stoke the passion and fire that has possessed me all these years. May He continue to lead me in my just pursuits.”

He is the brave and conscious officer who had taken on the Gujarat governmentover the 2002 post-Godhra riots and he is finally removed this week on the grounds of “unauthorised absence” from service. He was under suspension since 2011 for unauthorised absence from service. He had alleged in an affidavit in the Supreme Court that Narendra Modi, then the chief minister, instructed the top police officers to allow the Hindus “to vent out their anger” after the train-burning incident at Godhra in February 2002. Bhatt had claimed that he had attended a meeting in this regard on February 27, 2002 at Modi’s residence inGandhinagar.

But he is not alone in the list of alleged victimization and witch-hunt. Earlier,Rahul Sharma, the officer who had produced the cellphone call records that led to the conviction of Modi’s cabinet minister Maya Kodnani, was systematically persecuted. 33 departmental enquiries and 6 show-cause notices later. He had to seek voluntary retirement. The glaring  chase of  Satish Varma and Rajnish Rai, the officers who investigated the fake encounter cases that led to the arrest of the state Home Minister (and current BJP President) Amit Shah for his role in these extrajudicial killings set new standards of punishment ‘if you dare to speak the truth.’ They were transferred to a remote northeastern part of India (Shillong).

And how the loyalists, who toed the state official line were facilitated, is for everyone to see.

AK Sharma whose voice was heard in the ‘snoopgate’ tapes in which he allegedly tapped a women’s phone calls was called to Delhi as Joint Director, CBI. Vanzara, who is accused in 3 fake encounter cases which led to 7 cold-blooded murders, is out on bail. To add insult to injury, besides Vanzara, all the other cops accused in fake encounters are not only out on bail, but also have plump postings in the Gujarat Government and elsewhere.

Government is ready to pounce on Teesta Setalwad, the human right activist, any moment her bail would lapse.

Will somebody define the purport of the word, DARKNESS?