Chandigarh: The Punjab and Haryana High Court has asked the special task force (STF) to investigate the role and alleged involvement of Badal Dal leader Bikaramjit Majithia in drug trafficking case that also include former DSP of Punjab Police Jagdish Bhola as mastermind.

Giving a free hand to all the investigating agencies the High Court has made it clear that it had not restrained any organisation, including the Enforcement Directorate (ED), from looking into allegations against any person. Further it has also asked the STF to submit a status report on Badal Dal leaders alleged involvement, media reports said.

The Division Bench of Justice Surya Kant and Justice Sudhir Mittal also directed the Special Task Force (STF), which is investigating the drug menace in the state, to come out with a report. The directions came after a reference was made to an application filed by NGO, Lawyers for Human Rights International. 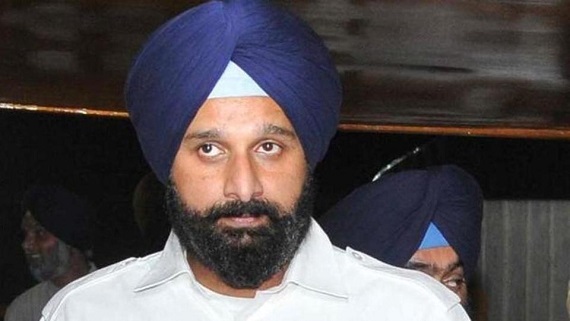 Interestingly, during his run for Punjab State Assembly elections Amarinder Singh had made tall claims of eradicating drug menace from the face of the state. But mysteriously after assuming the Chief Minister-ship of the state what he did was just replication of the previous regime by arresting small time suppliers, when asked about going after big fish he stated that ” he personally feels that SAD (Badal) leaders may be involved but can’t do anything about it”.

The high court also asked the STF to take into account a note given to the court by Enforcement Directorate deputy director Niranjan Singh on the role of the former minister. The special division bench, set up to look into drug menace in the state and headed by justice Surya Kant, also clarified that there was no restraint order from the high court for further probe in any matter by the ED, notes Hindustan Times (HT) in its report.

In its reported application the Chandigarh-based human rights organisation, through counsel Advocate Navkiran Singh, had submitted that the High Court “may” call for a status report from ED Deputy Director Niranjan Singh “as to what action he has taken on the basis of statements made by accused Jagjit Singh Chahal, Jagdish Bhola and Manjinder Singh Aulakh in relation to the complicity of Bikramjit Majithia with the drug mafia as per their confessional statements made before the directorate”, reads a quote from a report published in an English vernacular.

The direction from the High Court came after senior advocate Anupam Gupta, representing Niranjan Singh in the matter, submitted that no progress had taken place regarding Bikaram Majithia in the case.

As reported by the media sources, a note prepared by Niranjan Singh on the basis of his investigation was quoted by senior Advocate Anupam Gupta during the proceeding in which it stated that Majithia’s role needs to be probed.

“….On the basis of note prepared by Niranjan Singh, (it appears that) Majithia is not innocent. His role needs to be probed,” senior advocate Anupam Gupta, who appeared on behalf of Niranjan, told the high court, Advocate Gupta reportedly told the court. There appears to be some unwritten political understanding between the Centre and the state not to proceed against Majithia,” he further adds.

Moreover, Niranjan Singh also brought role of ED under scanner before court as Gupta purportedly told court that in institutions like ED bosses’ nod is necessary in investigation of cases such as this. Gupta was responding to Navkiran Singh ’s submissions who was questioning ED’s probe into this matter.

The developments took place during the hearing of the suo motu or “court on its own motion” case on the drug menace in the state, note The Tribune (TT).