“It is not only the matter of punishing Bhola, but providing justice to thousands of youth who died of drugs smuggled and supplied by him”, Capt Amarinder said in a statement, while remarking, “if Bhola is innocent, nobody on earth can be guilty then”. 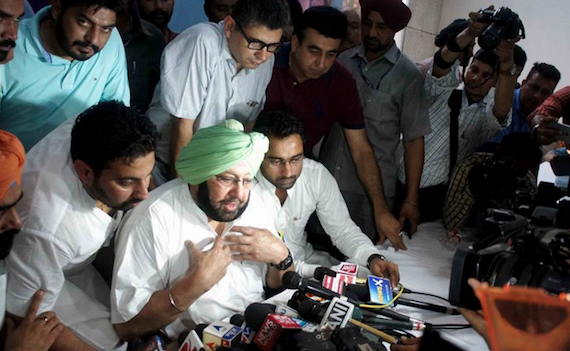 Expressing deep anger and outrage over Bhola’s acquittal, Capt Amarinder said, earlier he had full faith in the Punjab Police that they will take the case to the logical conclusion, but he was thoroughly disappointed over the way they virtually handled Bhola’s case and eventually facilitated his acquittal.

The PCC president announced that it was matter of just six months more and his government will reopen and reinvestigate the case. “We need to do justice with those youth who died of drugs supplied by Bhola”, he said while asserting, he was committed under oath to ensure “zero tolerance” towards drugs.

Blaming the Akalis for the acquittal of the drug lord with an obvious intent to shield some important people whose names have figured in the investigations, Capt Amarinder said, he will ensure that the same police that played partisan under Akalis did a fair trial and the victims got justice.

“And in case people still have any doubts and are not satisfied with the investigations I will hand over the case to the CBI”, he said, while maintaining that the Punjab Police obviously at the Badals behest weakened the case against Bhola which eventually led to his acquittal.